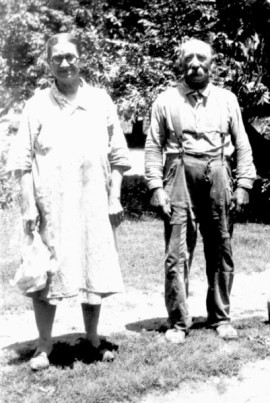 Minnie and John had the following children: 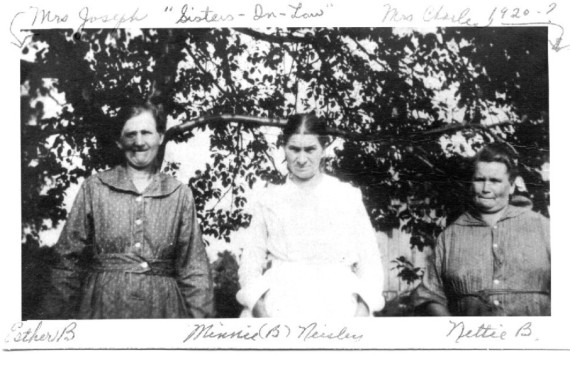 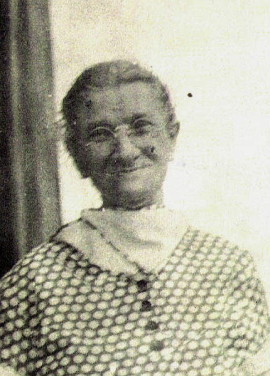 John M. and Minnie (Buchholz) Niesley lived most of their married lives in Newton or Newberry Township, near Red River, Bradford and Covington.  Between 1920 and about 1929 they lived at the east edge of Nashville, Ohio; located on the south side of the curve of St. Rt. 517.  Around 1930 they moved to Bradford to a farm on now Covington-Bradford Road east of the town of Bradford, Ohio.﻿

John Martin was a farmer like his father and did not marry until in his thirties when he united in marriage with Minnie.  They lived most of their married lives in Newton or Newberry Township, near Red River, Bradford and Covington, Ohio.﻿ 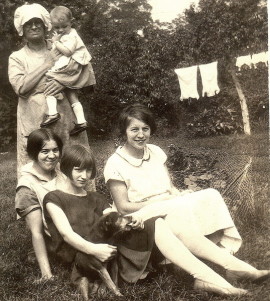 The photo is of Minnie standing and holding her granddaughter - sitting - left to right: Edith Niesley, cousin Helen Buchholz holding the dog and Mary Niesley. 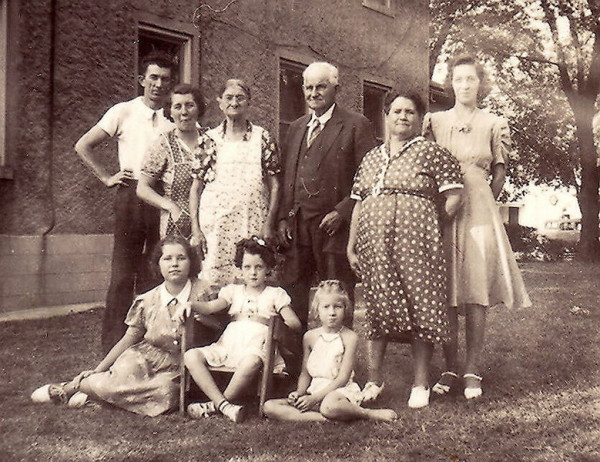 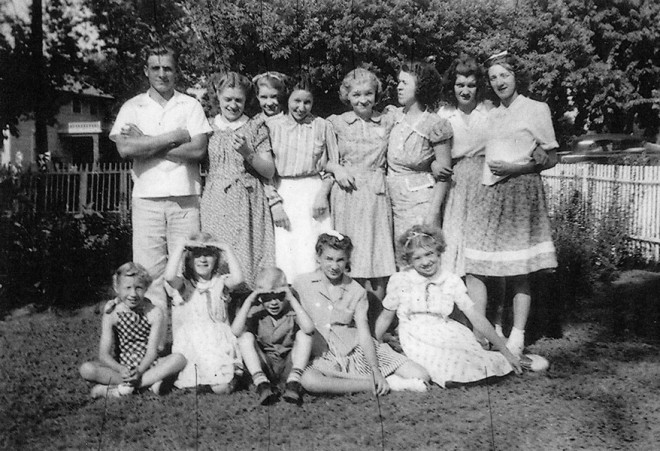