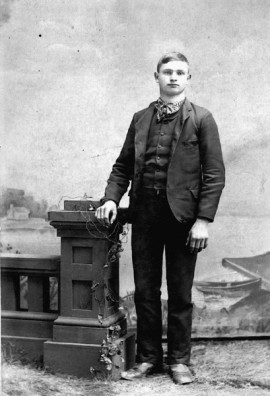 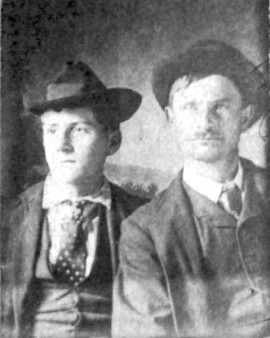 Joseph and Esther had the following children:

The photo is of Joseph Buchholz (right) with his brother-in-law, Grover Grise.

Joseph Buchholz was born, April 1, 1871, near Dayton, Ohio and was the youngest of John Buchholz's six children.  He attended school until the third grade, then quit to work on the farm and husked corn for a dollar day.

As a teenager, Joseph came down with the mumps and his father (John) not realizing how serious they could be, sent him out to help load a wagon with bags of wheat and in the process bursting an eardrum, making him permanently deaf in that ear.

Joseph met Esther Grise at a house dance.  On August 27, 1893 they road to Dayton by horse and buggy and were married.  Esther Grise was from a very large family, her father had been married twice and had twelve children each time, she was from the second family.

Before moving to Michigan, Joseph thought seriously about hiring on at the railroad, but Esther, being the strong willed person she was, refused to move into town.

In approximately 1907, Joseph and his older brother Charlie left Ohio in search of cheaper land.  They headed north to Michigan, traveling by horse and wagon.  After purchasing the land, they returned to Ohio.  The following year, Joseph and Esther packed up their four children, Lova (age 13), Herman (age 11), Grover (age 4) and Loring (age 2), personal belongings and the farm animals, and put them on a train headed for Michigan.

About every two weeks Joseph and ESther would get into their horse drawn buggy and head to Fenmore for supplies (chewing tobacco was always first on Joseph's list).

In 1924, Joseph and his family moved from the log cabin to a new house they had built by a man named Leo Miller.

Joseph loved children, and loved to visit, he always wanted to be the first to tell of any news, he was great for telling stories and being kind to animals.  He had two dogs, named Amos and Joey.  He loved to take long walks in the woods with his brother Charlie, sometimes they would sit under an old hickory nut tree and Charlie would crack the nuts with his teeth.﻿ 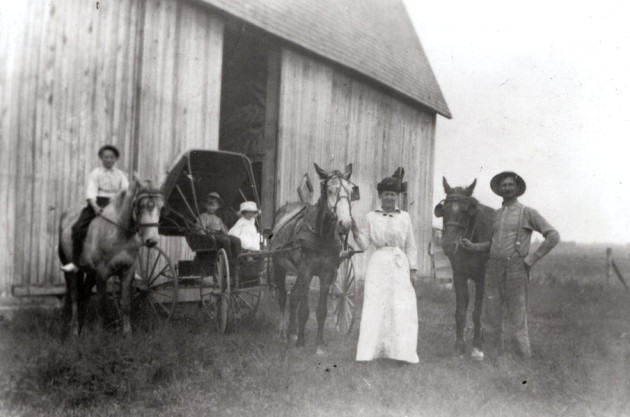 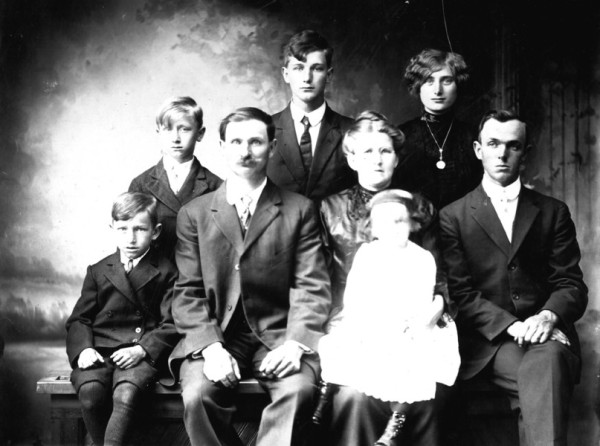 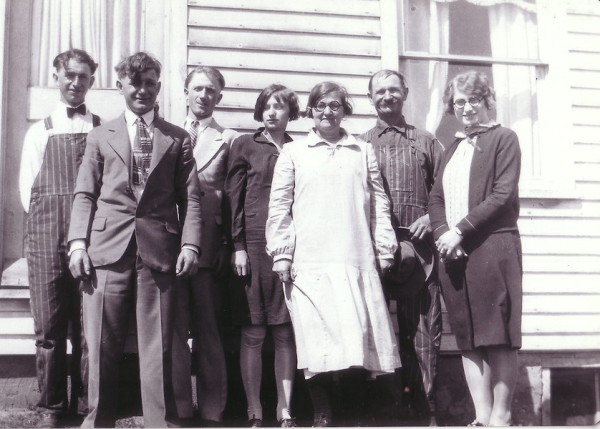 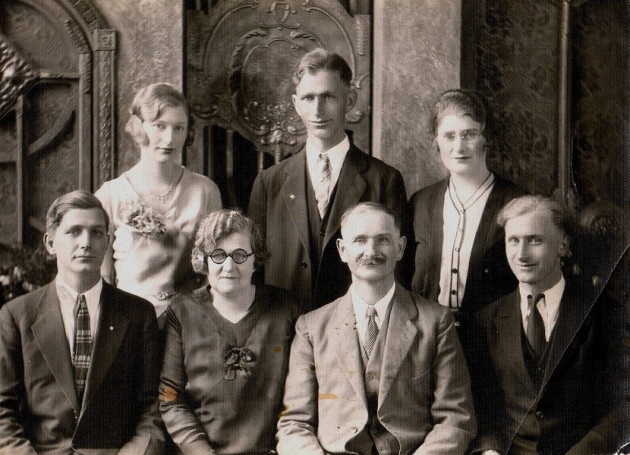