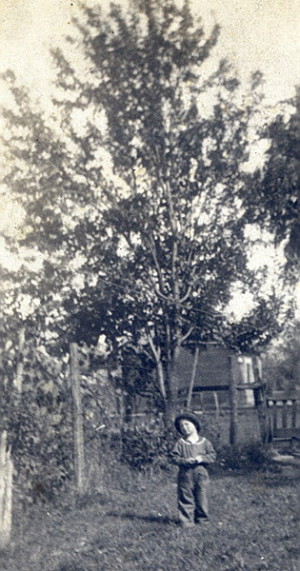 The photo is of Bobby as a young child.

Bob graduated from Covington High School, Covington, Miami County, Ohio  in 1938 and entered in the U.S. Army Infantry on 27 March 1944 and he was released at Camp Atterbury on 17 March 1946.  While serving in the U.S. Army he served under General Patton.  He was a member of the American Legion and the VFW. 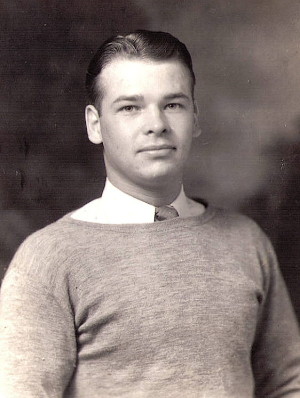 The photo is Bobby James Buckingham in his 1938 high school graduation photo. 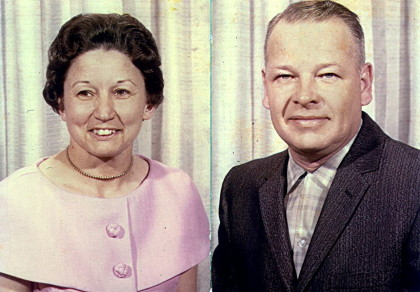 The photo is of Bob and Helen Smith Buckingham

Bob married Helen Marie Smith in Kentucky in 1939, she was the daughter of Frank Smith and Sarah Brenner.  Helen was born 14 May 1921 in Miami County, Ohio. 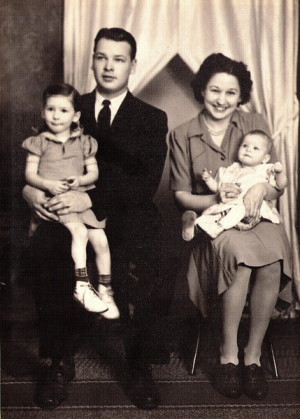 Bob and Helen had two daughters they are: 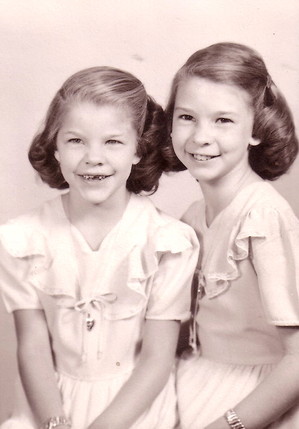 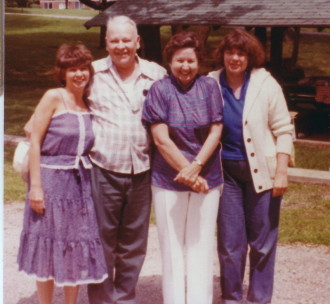 A family photo of left to right: Patricia, Bob, Helen and Virginia Buckingham. The photo was taken in 1981 at the Troy Park, Troy, Miami County, Ohio.