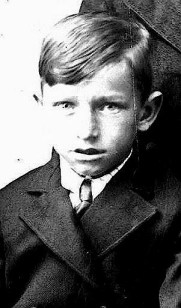 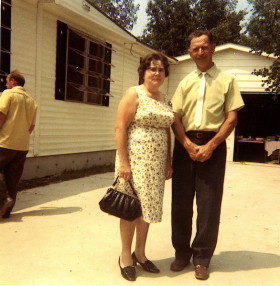 Loring attended the Fischer School in Marion Springs.   At the age of eighteen, Loring began working at the Oldsmobile Plant in Lansing, Michigan.  He stayed in Lansing during the week and came home on the weekeneds.  A favorite pastime for a Saturday night was to head to the Sid Houg Dance Hall in his Model T Ford.  The hall was located at a gravel pit just northeast of Ashley, Michigan.  This was a real lnot spot for dancing and having a good time in the 1920's.  One night there he met  a young woman, her name was Marjorie Flegal.  They went together for a year and a half and then they were married.

Shortly after they were married, Loring was laid off from Olds and was never called back. One winter he did work in Ypsilanti for G.M., but when spring came he quit and went back to farming. He purchased the first forty acres of land from his Uncle Charlie Bucholz  for $35.00 an acre ($1,400.00) and cleared it by hand.

Loring and Margie had the following children:

Loring had been a farmer and later had been employed at the Breckenridge Stock Yards in Breckenridge, Gratiot County, Michigan for many years.﻿

Margie attended Barton School near Edgewood, Michigan.  She was a homemaker all of her life.  She was able to celebrate her 85th Birthday with many friends and relatives at the Bonnymill Inn on August 11, 1996.  She enjoyed spending time with family and friends, feed her birds, taking care of her flowers and watching television.﻿ 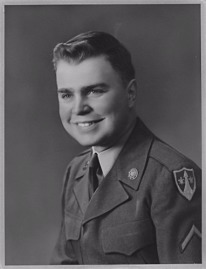 James died on 2 Jauary 2009 in Owosso.  Shiawassee County, Michigan and Georgieana died on 5 March 2017 at her home.  They are both buried in Ford Cemetery, Elsie, Michigan. 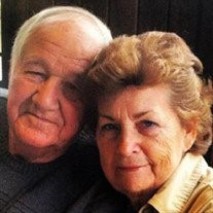 2.  Joyce Irene Buchholz was born on 30 March 1933 at Memorial Hospital, Owosso, Shiawassee County, Michigan  She maried Andrew J. Baranick on November 8, 1952, and they celebrated 67 years of marriage together.

Joyce and Andrew had six children.  Joyce was a loving  mother and homemaker all of her life.  She was a member of St. Peter Catholic Church in Chesaning, Michigan, where she took communion to the  hospitals for the sick.  Joyce worked at the Chesaning Showboat Dinners, enjoyed volunteering at various groups at the church, and she loved going to her Bible study group.  She loved spending time with her lifelong friends, which they all named their group "The Sunshine Ladies Club", where they shared lots of fun and laughs.  Joyce belonged to the Red Hat Society, loved camping, traveling, shopping, having lunch with her friends and spending precious time with her family.  Most of all she loved reading her ible and spending time with the Lord.