Burr and Harriett had the following children 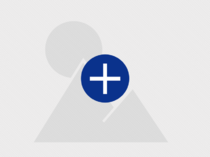 Burr Robinson was reared in his native township, where he had always resided.  He was in the Rebellion, enlisting in October, 1864, in Company I, One Hundred and Twelfth New York Volunteers, and participated in battles of Chapin's farm, Fort Fisher and Wilmington.  He was mustered out of the service at Raleigh, N.C., June 14, 1865, and honorably discharged July 2, 1865.  Since the war he has been engaged in farming, and had occuplied the farm where he resided since December, 1859.  He married, Harriet O. Lincoln of Harrison Township.  Mr. Robinson was a well known and prominent farmer of Harrison Township, Potter County, Pennsylvania and in politics he was a Republican.