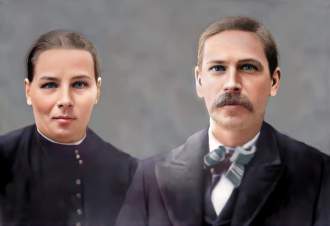 The photo is of Karl and Emilie (Stenzel) Rohde

Karl and Emillie had the following children: 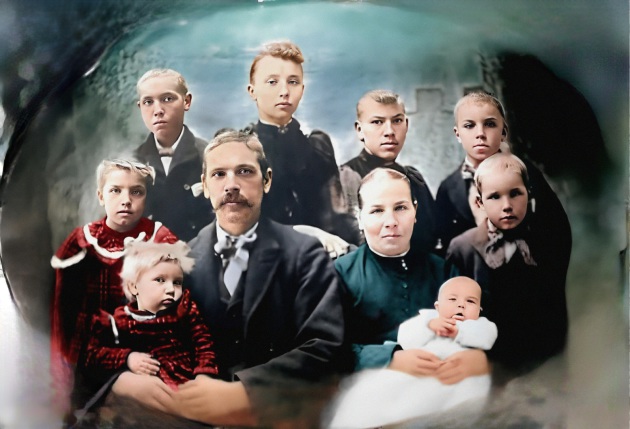 THE PHOTO OF THE KARL ROHDE FAMILY WAS TAKEN AROUND 1899: FRONT - left to right - BERTHA, KARL HOLDING CAROLINE, EMELIE HOLDING LOUISE, AND WILLIAM, BACK - left to right - GUSTAV, WILHELMINE, AUGUSTA AND ALBERT  -  TWO OF KARL AND EMELIE'S CHILDREN, FRED AND ANNA, WERE NOT BORN AT THE TIME THE PHOTO WAS TAKEN.    (photo given by Hilda Clapp)

Carl (Karl) and Emelie were living in Macomb County when Albert was born.  The HISTORY OF MACOMB COUNTY MICHIGAN, gives an account of this Germany to Macomb to Saginaw migration on page 219 as follows:
"The extensive German immigration of 1845 brought to Michigan a number of Franconians and Bavarians, who felt themselves oppressed at home.  Those under the advice of Pastor Loche resolved to emigrate to the United States, there to follow the profession of the Lutheran creed, and to essay the conversion of the Indians.  Within a few years the first colony of fifteen, succeeding in attracting five times that number to our land, and of the second and third bodies of immigrants a few settled in Macomb County, the greater number locating in Saginaw.
The immigration of 1849, the result of an attempt made by the people to cast away the tyrant, marked the history of that year.  The Revolutionists sought refuge in the United States, not a few of them finding a home of liberty in this country.  The German immigration of later days brought us Pomeranians and Mecklenburghers, Belgians and Hollanders."  Carl (Karl) Rohde was from Boock and Gorkow in Pommeran, Germany.

This is a photo of Karl and Emelie Rohde's farm  which was located on Hemlock Road in Hemlock, Michigan.  (photo from Marlene Kruth Stavely)

On June 19th, 1893, Charles (Karl) Rohde purchased two 60 acre plots of land in Richland Township from William E. Crane and Ada B. Crane.  The 120 acres was located on Southwest corner in Section 3 of Richland Township on Hemlock Road, in Hemlock, Michigan. The Richland Lutheran Cemetery which is located on Dice Road was given to St. Peter's congregation in the early 1890's.  This plot of land, containing 20 of the 120 acres, was given to them by Carl (Karl) and Emilie Rohde.  In 1896 St. Peter congregation gave their daughter congregation, Zion, the right to bury their deceased members there. 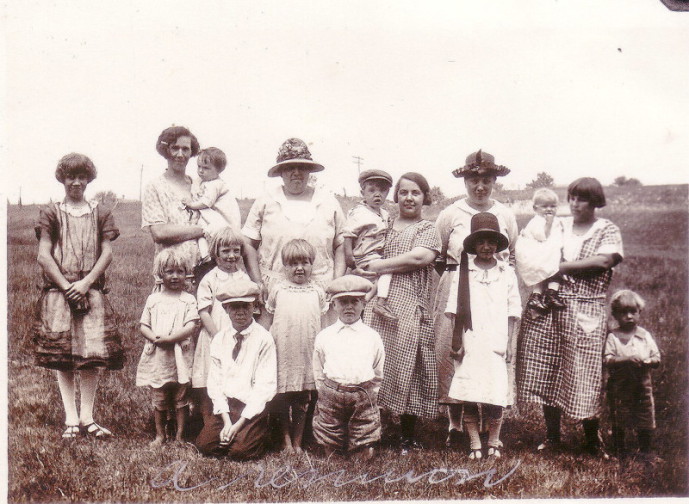 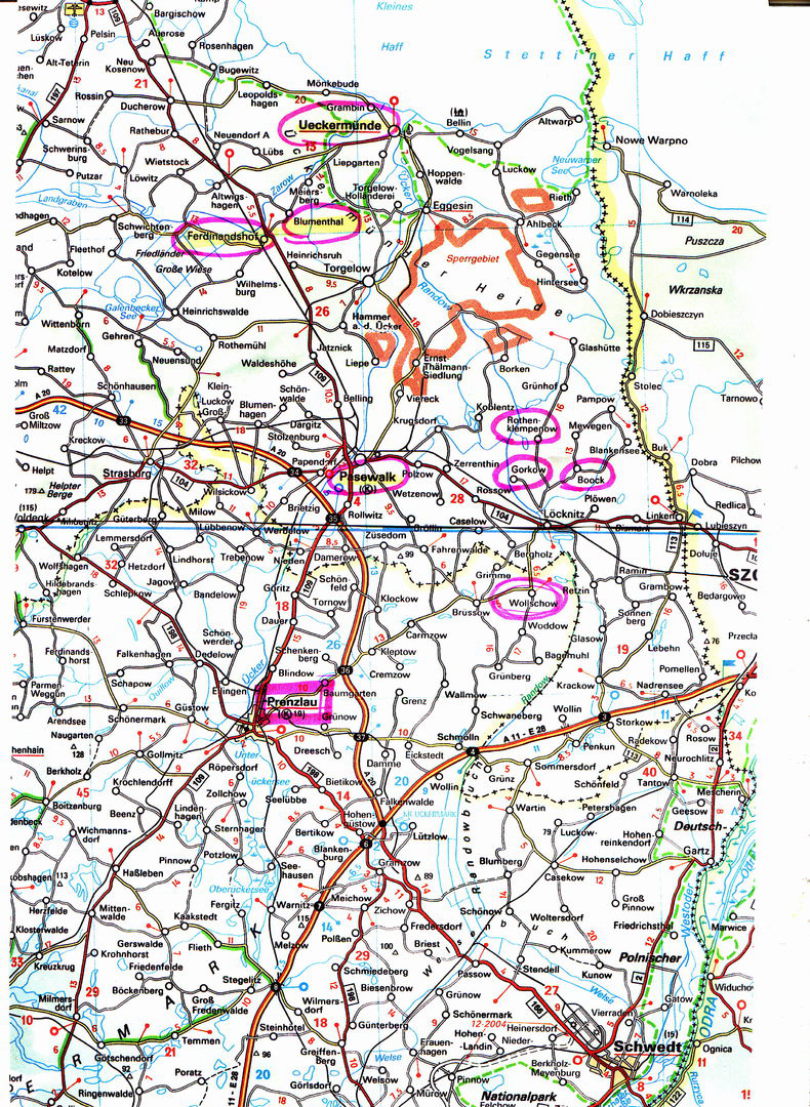