The photo is of Bertha (Rohde) Pretzer with her daughter, Marilda Pretzer

Bertha and Adolph had the following children: 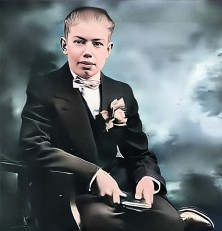 Albert married Mary E. Rockwell.  They had the following children:

3.  Matthew  Pretzer was born 5 March 1967 and died on 9 September as a result of an automobile accident.

Albert lived in Saginaw County all of his life.  He served in the United States Military during WWII.  His occupation was one of a ceramic tile setter. He was also a member of the Nazarene Church of Saginaw, Michigan.﻿ 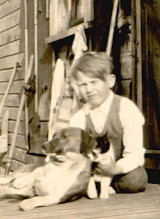 The photo is of Norman Pretzer.

Norman enlisted in the United States Army on the 5th of February 1942 and he was discharged  on the 8 November 1945. He served in a Bombing a Squadron during WWII.
Mary was a Merrill High School, Merrill, Michigan graduate.  Norman and Mary enjoyed Polka Dancing together and also wood finishing and building houses.

Norman was a carpenter and is retired from General Motors. Mary owned her own beauty shop for 30 years and enjoyed playing the piano. 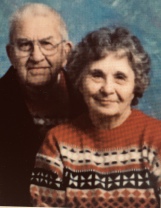 The picture is of Norman Sr. and Mary Pretzer

"Norm was employed and retired from General Motors, serving as a coordinator. He was a faithful member of Grace Lutheran Church, and actively served the congregation in various capacities. Norm was a current member of Ascension Lutheran Church. He was a true giving gardener, generously giving whatever he grew to family, friends and neighbors. In many respects, Norm was a natural helper and he had a brilliant mind for fixing computers. He also enjoyed riding his Kawasaki motorcycle. Norm also appreciated some of the finer things in life, like a good meal or piece of pie at home, or going out to dinner with his family and friends. Above all, he loved and cherished his family," 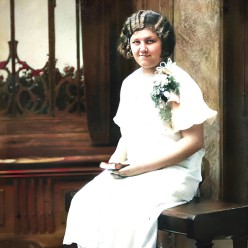 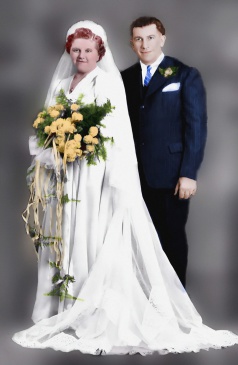 The photo is of Marilda (Pretzer) and Charles Emmert's wedding picture.