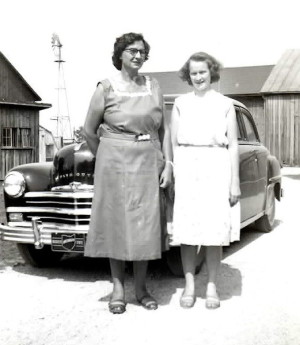 The photo is of Hazel and her niece, Donna Brown. 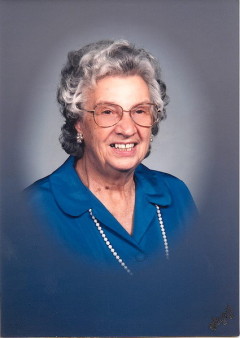 Edna Hazel Buchholz lived with her parents and helped them farm until her mother died in 1942.  Shortly thereafter, when her father, Henry, became physically unable to farm; they let out the fields and moved in with her sister, Mae and Mae's husband, Cecil.  When Hazel's father, Henry, passed away in 1943, she stayed on and helped farm until they retired from farming, made sale, and moved to Gettysburg, Ohio where the three of them bought a house.  Hazel then worked as head cook at a Greenville Care Center in Greenville, Ohio.  Her sister Mae died in 1974.   Later, Hazel married Cecil Leon Brown, they soon moved to Texas close to his daughter, Donna Thompson and her family.﻿