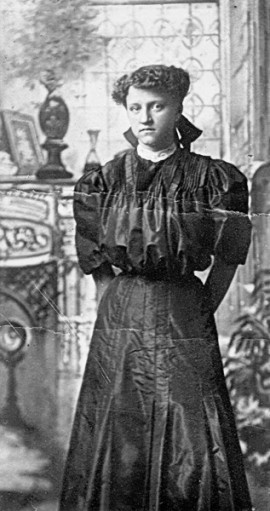 The photo is of Bertha Buchholtz when she was 16 years old in 1907.

Bertha and Charles had the following children: 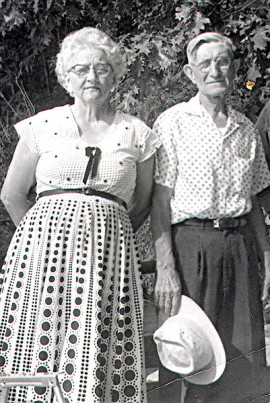 The photo is of Bertha and Charles Beeman

Mr. and Mrs. Charles Beeman, 31 N. High Street, Covington, Ohio; were given a nice surprise last week when, upon their return from a week at their summer cottage, they found that their children were planning an "Open House" in celebration of their Golden Wedding Anniversary, August 10th.  Mr. and Mrs. Beeman were married August 10, 1908, at the parsonage of the St. John's Lutheran Church of Covington, Ohio, by Rev. Brown, who was then pastor.  They are the parents of five children; Carl, of Piqua; Earl, of Athens; Robert, who resides in Pleasant Hill;  and Betty and John, of Covington.  They are also quite proud of their nine ﻿grandchildren. 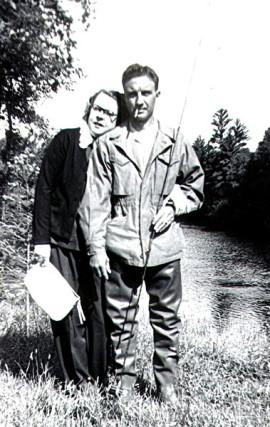 The photo is of Carl and Harriet Beeman.

The Piqua Daily Call - June 15, 1945  --  BEEMAN GETS REST  --  Promoted from a private first class to a corporal, is Carl L. Beeman, who is at Gigor, France hospital for treatment and rest.  Cpl. Beeman wrenched his back in jumping off a truck to get in his foxhole, and was flown by plane from Austria to the hospital in France.  The son of Mr. and Mrs. Charley Beeman of Covington, his wife, Harriett, resides at 641 Park Avenue.  Overseas since last September, with the Ordinance Department, since last September, he would appreciate hearing from his friends, particularly now that he is in the hospital.
Three brothers are in the service, Pfc. Earl in Germany with the 7th Army, Master Sgt. Robert, somewhere in the Pacific with the Air Corps., and Sgt. John, at the Kingman Army Air Field, Kingman, Arizonia. 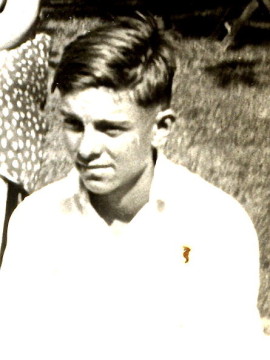 The photo is of Earl Beeman

Earl served in the United States Army during WWII.

Bob and Lois had the following children:

Robert Beeman worked for Waco, Frigidaire, Army Air Corp during WWII, and was the Miami County Hydrographer from 1946 through 1976.  A Land Hydrographer is mainly involved in the measurement, analysis, and maintenance of the quantity and quality of water in rivers, lakes, stormwater and sewage.  Using this information, they may plan and develop strategies for water conservation and the improvement of water quality.﻿

ROBERT BEEMAN IS SENT TO WISCONSIN - Mr. and Mrs. Charles Beeman of south of town received word today from their son, Corporal Robert
D.Beeman informing them of his safe arrival at General Mitchell Field, Cudahy, Wisconsin, where he was transferred Monday afternoon.  Corporal Beeman had previously informed his parents as when he would be leaving patterson Field, Fairfield and that his plane would pass over their home sometime Monday.  It is needless to say that their chief occupation Monday was watching for their son, who passed over their farm shortly after noon and he has since written and stated that he could see mother waving from the yard, even though they were flying rather high.  Robert may be addressed as follows:  Corporal Robert D. Beeman, General Mitchell Field, 5th Trans. Squadron A.C. Cudahy, Wisconsin.

Piqua Daily Call (Piqua, Ohio) June 9, 1945  --  EARN NEW STRIPES  -  Covington-News of local boys has been filtering in thick and fast the last few days with two of the lads gaining promotions.  Robert Beeman, son of Mr. and Mrs. Charles Beeman, who has been promoted to Master Sergeant and Ralph Davis who received  his first stripe recently now answers to the call of private first class.  Beeman has been stationed with a supply unit in Bermuda since October, 1944.  Davis serving in the Marianna Islands also wears the South Pacific area ribbon and two gold bars on his left sleeve signifying one year of duty overseas.﻿

Robert D. Beeman, 92, of Pleasant Hill, passed away Monday, Oct. 11, 2010, at SpringMeade Retirement Community. He was born June 21, 1918, in Covington, Ohio, to his parents Charles and Bertha (Bucholtz) Beeman. He was preceded in death by his loving wife Lois (Laudenslayer) Schmermund-Beeman in 2006; his parents; brothers Earl Beeman and Carl Beeman; and a sister, Betty Thompson.Bob was a 1936 graduate of Covington High School and retired from the Miami Conservancy District as a hydrographer. He was a U.S. Army Air Corp veteran serving in World War II. He was a member of the Pleasant Hill United Church of Christ, the Franklin Masonic Lodge, Troy, and the Pleasant Hill Kiwanis.After he retired, Bob enjoyed taking bus trips with his wife Lois, spending time with family and friends, and rooting for the Cincinnati Reds. He also enjoyed gardening, collecting clowns, playing cards and reading National Geographic. 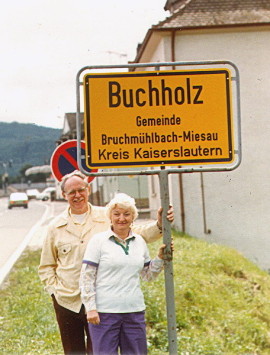 The photo is of Betty and John Thompson while they were vacationing in Germany. Betty and Don hang on to a sign that states they are in the town of Buchholz, Germany

Betty and John had the following children:

Betty was a 1937 graduate of Covington High School;  she retired from Fifth Third Bank;  she formerly worked at PK Lumber, was co-owner of Thompson Hardware;  was a past secretary at  the High School, all in Covington, Miami County, Ohio.  She was a lifelong member of the Covington Church of the Brethren, was a 50-year member of Order of Eastern Star, Piqua, Ohio and was a Grand Rep. to Tennessee.

John and Phyllis had the following children:

Piqua Daily Call (Piqua, Ohio) September 12, 1945 --  HOPES LUCK HOLDS  --  Sgt. Johnny Beeman arrived home from Lowrie Field, Denver, Monday evening, armed with a 19 day furlough, and overjoyed that he will, in all probability, still be here to greet his brother, Earl, when he arrived from overseas after over two years in Italy, France and Germany.  John and Earl are sons of Mr. and Mrs. Charles Beeman of near Covington, Ohio.﻿

IN AIRPLANE CRASH - According to word received by Mr. and Mrs. Charles Beeman, Sunday, their son, John Beeman, Crew Chief on a Bomber, was in an aircraft accident near Winston, Arizona, enroute to Kingman Arizona from Texas.  Details were lacking, but from information received, John was not seriously injured, suffering only from cuts and bruises.﻿