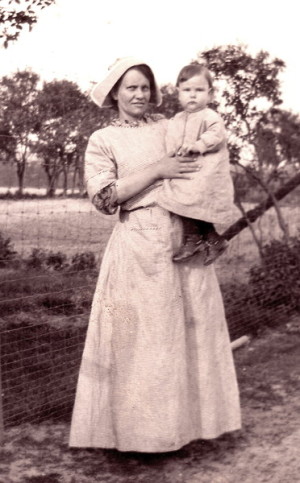 The photo is of Mina Buchholtz Feeser holding her son, Emerson Feeser

Mina and William had the following children:

Mina died at the age of 37 years 5 months and 9 days old.  Her address was 106 S. Pearl Street, Covington, Ohio.  Mina cause of death was due to a hemorrhage of the stomach and the disease LaGrippe.

MINA BUCHHOLTZ FEESER'S NEWSPAPER ARTICLE
**Newspaper Article** MRS. MINA FEESER - We are assembled in this House of God to pay the last tribute of respect to the memory of a loyal friend a devoted and affectionate mother.  For a home to lose its mother is to lose its queen.  We may say of Mrs. Feeser "Her sun is gone down while it was yet day" and these words are quite suggestive as we gaze for the last time upon the face of this mother whose sun is gone down while it was yet day.  The frequency of death does not seem to lessen the sorrow it brings.  True when one has come to an old age, like a shock of corn fully ripe, the intelligence of death accords with the expected and the natural, and the mystery seems less impenetratable but when it is one in the prime of life, who had so much to live for and on whom the affections of many were set, the mystery depends.  Amid the sad sights of life and God knows there are many, the saddest is that of a mother sustain a loss incalcuable.

Mrs. Feeser was admitted to the Daughters of America on May 11, 1917 and was the old Past Councilor of Silver Star Council of Gettysburg, Ohio, she was always an active member and held office almost continuously.  Early in life she united with the Christian Church at Circle Hill, Ohio, and later transferred her membership to the Presbyterian Church at Gettysburg, Ohio.  Mrs. Mina Feeser was the daughter of Mr. and Mrs. John Bucholtz and was born in Miami County, Ohio, June 12, 1885, aged at death 37 years and 5 months.  Mina Bucholz was married to Harley Feeser January 12, 1902 and to this union were born four children all of whom survive.  Emerson, Herbert, Ralph and Mrs. William Nichols and one granddaughter.  Our sympathy goes out to all the sorrowing relatives and friends.

**Newspaper Article** DEATH OF MRS. MINA FEESER -  Mrs. Mina Feeser whose home has been near the Council House on Pearl Street  passed away at 12:10 a.m. on Tuesday morning.  Mrs. Feeser had been ailing for about a week but her sudden taking death a great surprise to the neighbors who did not know she was ill.  Mrs. Feeser was only about 38 years of age and was well respected in the community where she resided.  Her sudden death has been the cause of much sadness and much sympathy is felt for her family, especially the two little sons so suddenly bereft of a mother's love and attention.  Death was caused by complications rising from grippe and homorrhages.  She is survived by one daughter Mrs. Viola Nicholes and three sons, Emerson, Ralph and Herbert and one little grandchild.﻿ 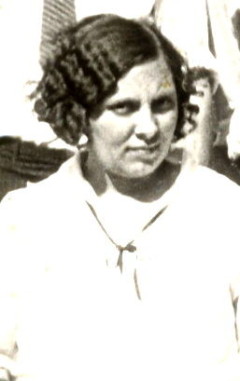 newspaper article -  The Piqua Daily Call (Piqua, Ohio) - October 9, 1945
COVINGTON WOMAN DIES, PLAN RITES 2 P.M. THURSDAY --  Covington, Ohio - October 9, 1945 - Rev. Paul Plasterer will officiate at services Thursday at 2 p.m. at the Presbytarian Church for Mrs. Viola Nicholas, 43, who died suddenly at her home, 106 Pearl Street, Monday morning of a heart attack.
Born in Dark County, the daughter of Mr. and Mrs. W.H. Feeser, she had resided in Covington, Ohio since 1913.  She was a member of the Presbyterian Church at Covington, Ohio.
Surviving are her husband, William, two daughters, Mrs. Eileen Hartley and Donna Lee, at home, one granddaughter, Billie her father, W.H. Feeser, and three brothers, Emerson, and Herbert of Covington and Sargeant Ralph Feeser with the U.S. Army.﻿ 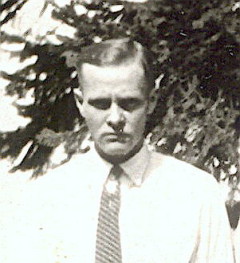 Emerson and Grace had the following children:

Emerson was elected as a Council Member in 1945 for the Township of Newberry, Ohio.  He had been employed at Aero-Products in Vandalia, a building contractor, and owner and operator of Feeser's Hardward in Covington, Ohio.  Emerson retired from Hartzell Propeller Inc. in 1971.  He served nine years in the Ohio National Guard, 37th Division of Company M.  He was a member of the United Presbyterian Church in Covington, Ohio;  Mason Lodge 168, Covington Chapter 215, Royal Arch Masons and a member of Scottish Rite, Valley of Dayton, Ohio.﻿ 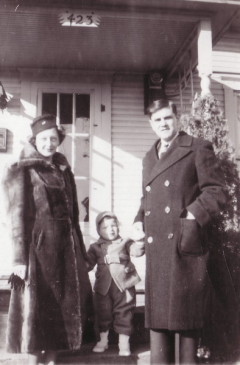 The photo is of Herbert with his wife, Ruth and their son, Buddy Feeser

Herbert worked for the French Oil Mill for nine years as a crane operator.  He also worked for Aero Products in Vandalia, Ohio, the Penny Paper before WWII and worked and retired from The Dayton Power and Light Company.  Herbert was elected to the Park Board of Newberry Township, Ohio in 1845.

﻿**Newspaper Article - The Piqua Daily Call, Piqua, Ohio - June 12, 1970**
Herbert B. Feeser and John A. Pask from Miami District were among 23 employees honored recently for achieving 25 years of service with the Dayton Power and Light Company.  Others who have already reached the quarter-century mark were also recognized.﻿ 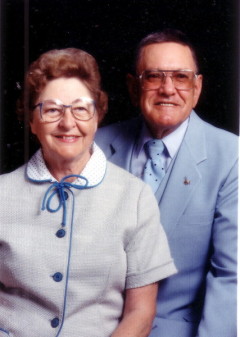 The photo is of Herbert and Ruth Feeser.