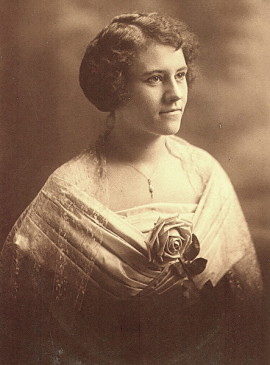 The photo is of Marie Lena Buchholtz.

The witnesses to Marie and Clifford's marriage were Ella and Mildred Buchholtz.  At the time of their marriage Marie lived in Covington, Ohio and Clifford lived in Bradford, Ohio.
﻿

Marie and Clifford had the following children: 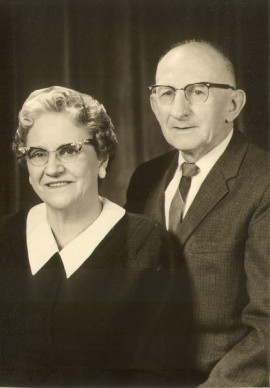 The photo is of Marie and Clifford Miller

Marie worked at the Covington Tobacco Warehouse while her husband, Clifford, ran his bakery.  Marie was a member of the Covington Church of the Brethren and the Senior Citizens group of Covington, Ohio.﻿

Clifford worked for the Leland Electric Company, on Webster Street, Dayton, Ohio.  Clifford owned and operated a bakery that was in the back part of their home in Covington, Ohio.  He learned the bakery trade in Gettysburg, Ohio.﻿ 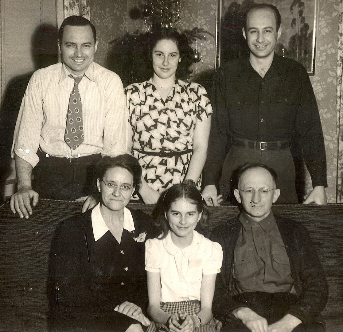 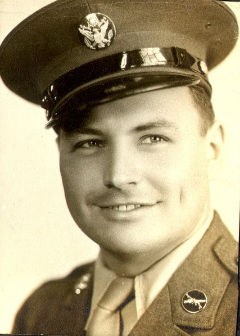 Richard and Margaret had the following children: 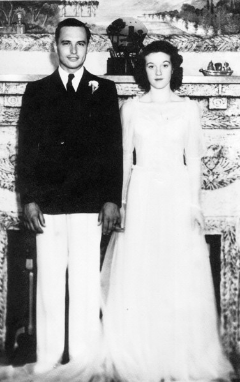 The photo is of Richard and Margaret Miller

Richard attended Covington High School in Covington, Ohio.  While young, he was a Mascot for Company M at Camp Perry, Ohio.  Richard joined the Army before WWII and served from 1934 to 1937 at Fort Thomas, Kentucky and had six years in the National Guard at Covington, Ohio.  During WWII Richard was drafted back into the Army and served in the Quartermaster Division of the 28th Infantry United States Army during WWII.  He also served as Bugler in his division and the organizer for the Drum and Bugle Corps and also of the Divisions Band.  Richard's cousin, Harold Beeman, taught him to play the bugle.   While in Germany, Richard crossed the Rhine River three times during action in the Eastern Theatre.    After his time in the service, he resumed his life and eventually owned and operated his own photography shop in Versailles, Ohio and also worked for Troy Sunshade Company.  He was also a United States Postal Carrier in Versailles, Ohio for 27 years.??? He was very good in business.  Richard was a member of St. Denis Catholic Church in Versailles, Ohio.﻿ 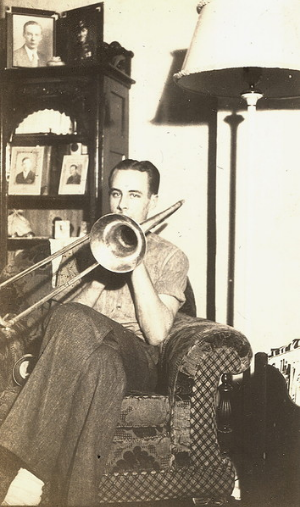 Clifford and Ruth had the following children:

Junior graduated from Covington High School in Covington, Ohio; the Class of 1935.  He loved his family and music, especially playing the trombone.  He  played the trombone for nearly all of his life.  When he first got his trombone, he was so little he couldn't extend the slide all of the way out.  Junior served his country during WWII for four years and ten months and played trombone with the 381st A.S.F. Band.  He started out being taken to Ft. Thomas for the Induction Camp and then he was taken to Camp Shelby, Mississippi where he went through army training camp.  After finishing at Camp Shelby, Junior was chosen to play trombone in the Army Band.  He was assigned to Charleston, South Carolina where Sargeant Miller was a member of the Band of Embarkment for years, then he transferred to Utica, New York and continued to play for the 381t A.S.F. Band.  He was discharged out of Ft. Knox, Kentucky and arrived home to Covington, Ohio on December 1, 1945. 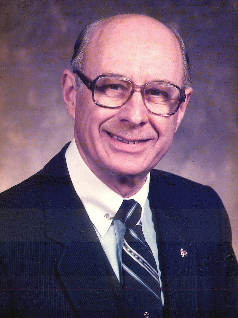 Junior was exceptionally proud to say he built his family home and was still  living in it at the age of 91 years old. Junior  loved woodworking and was very creative.  He was a very quiet, gentle and thoughtful man.

Junior also worked at the Troy Sunshade Company shop for many years.  There he learned to be proficient in operating the equipment; the lathe, bending machine, shear and break.  Toward the end of his career at Troy Sunshade Company he had been promoted to the Office - Material Control - analyzing the materials for various products.﻿ 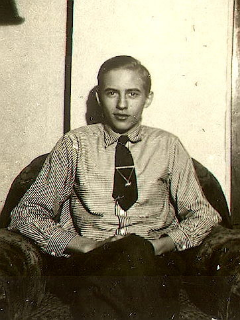 LOCAL YOUTH DIES HERE THIS MORNING - August 17, 1939 -  Jack Donald Miller, youngest son of Mr. and Mrs. Cliff H. Miller, passed away this morning at 10:45 o'clock following an illness of about two weeks.  He was eighteen years of age and had been in frail health most of his life.  His quiet unassuming way, his kindly interest in others and his patience in suffering won for him many loyal friends.  He was a very popular student of the Covington schools and his school friends with his many other friends are deeply grieved by his passing.  Jack was a valued member of the local Church of the Brethren.  His survivors include his bereaved parents, two brothers, Richard, of Versailles, Ohio and Junior at home, a little sister, Rose Ann, a sister in law, Mrs. Richard miller of Versailles, Ohio his grandmother, Mrs. S.D. Miller of Bradford, Ohio, his grandfather, Mr. John Bucholtz, who resides in the Miller home and many friends.﻿