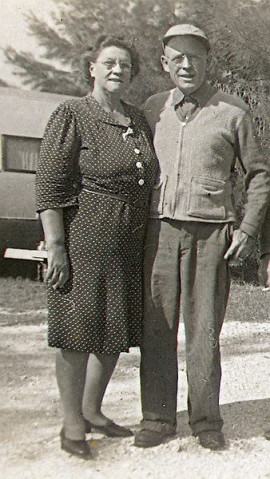 Elsie and Aaron had the following children. 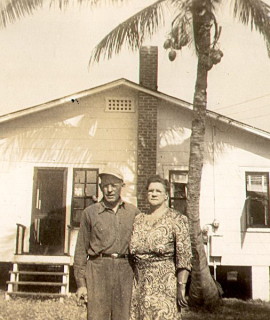 The photo is of Elsie and Aaron Miller. 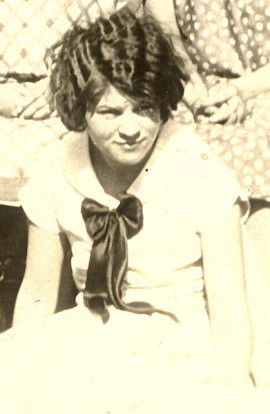 The photo is of Thelma Miller

Thelma and Harley had the following children:

a.  Joan Louise Lavey was born 5 September 1930 and died 18 February 1990.  She is buried in the Harris Creek Cemetery, Bradford, Miami County, Michigan.

Joan graduated from Bradford High School in Bradford, Ohio in 1948.

The bride was graduated from Bradford High School, Bradford, Ohio in 1948.  She completed a course at the Kosta Beauty School in Dayton, Ohio and is now emloyed at the Swirl-Too Shoppe in Piqua, Ohio.

Mr. Pitsenbarger graduated in 1948 from Houston.  He spent a year in the Navy, receiving his discharge in November.  He is now employed at Copeland in Sidney, Ohio.  The couple is now residing with the bride's parents east of Bradford, Ohio where they are receiving congratulations and best wishes from a large circle of friends.

b.  Connie Lavey was born 13 June 1934 in Gettysburg, Ohio.  She attended Gettysburg and Bradford Schools; married Galen Richard Hacket on 30 June 1953.  She was a member of the Bradford Church of the Brethren, Bradford, Ohio; where she taught children's Sunday School classes, helped deliver meals for the Manna Program; and helped with the Funeral Dinners.   Connie, also, had worked at the Bradford Pumpkin Show in Bradford, Ohio; and her and her husband, Galen, were Grand Marshals one year in the Pumpkin Show Parade.   Connie worked at Buckles Tomato Canning, in Bradford, Ohiio for several years; Piqua Toy Factory; Savory Restaurant and Cozy Corner in Bradford, Ohio.  She loved sewing, crocheting, birds, gardening and her flowers.  She loved to sew for her grandchildren and attended many sporting events for her grandchildren and great grandchildren.

Connie and her husband were married 62 years. 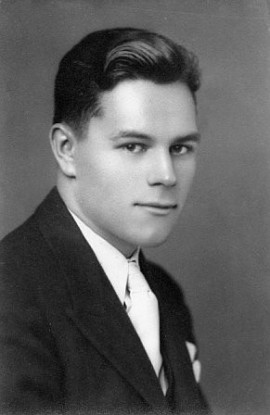 The photo is of Norman E. Miller. Photo from Grandson, Shawn Davis

Norman and Catherine had the following daughters:

Norman worked for Standard Oil and was own-operator of Norm's Sophio for 30 years.  He also worked as a mechanic at Hittle's.  He was a member of the Masonic Lodge of Bradford, Ohio.﻿

Eileen and Robert had the following children: