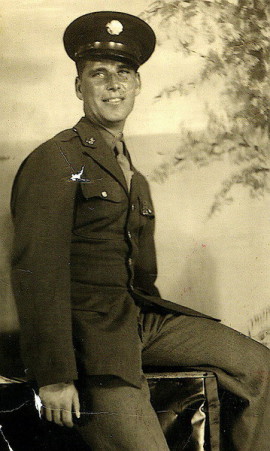 Earl married Jeanette Mae Wolfe on 31 December 1952.  They had the following children:

Jeanette was born on 22 November 1931 in Brady Township, Saginaw County, Michigan.  Jeanette's parents were Niles and Emma Thiel Wolfe.  Jeanette died on 12 May 2016. 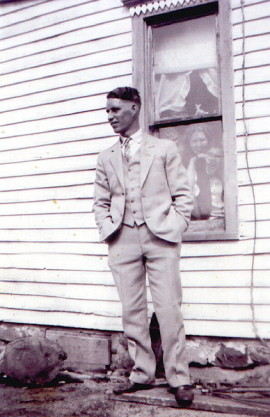 When Earl was born his father saw him and called him Hoch. In German Hoch means: high esteem, respect deeply, important, cheer; toast, three cheers for.  Obviously, Earl's dad Charles, was very excited and happy when he had seen him for the first time.  The name Hoch, was Earl's nickname for his entire life.  Earl enjoyed hunting and trapping, watching all sports and he liked playing and participating in the game of basketball.  He was drafted into the army in 1942 and was discharged in October 1945.  Earl was in the 3rd Army under General Patton in Africa, Sicily and Italy.  Earl was in the Armored Mortorized Division.  His armored vehicle was a half track, wheels in the front, trachs in the back, with a 40 milimeter mounted gun on top. From Italy Earl was bivwaxed back to England where he joined up with General Hodge's 1st Army, from there, he went to France, he was involved with the Battle of the Bulge in Bostoge, Belgium.  Earl was a part of the occupational forces in Germany and left Germany to the Port of Laharve in France, went home and was discharged. After the war, Earl bought an 80 acres farm in Brady Township in Saginaw County.  He also worked at a shop in Owosso, Michigan.  Earl was a mild man and a real gentlemen, he was skilled in whatever he did.