John and Alice had the following children: 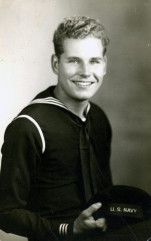 The USS NASHVILLE (CL-43)    A light cruiser, the Nasville had a displacement of 9,475 tons; could steam at 32 knots; was armed with sixteen 6 inch and eight 5 inch guns along with eight 50 caliber machine guns; carried a compliment of 868 officers and enlisted sailors.

From May until November 1942, the cruiser served in the North Pacific.  In August she took part in a bombardment of enemy-held Kiska Island, in the Aleutians.  Late in the year, the Nashville shifted her operations to the south Pacific where she took part in the raids against Japanese bases in the Central Solomons.  She arrived at Pearl Harbor in November 1942 and proceeded south to the Fiji Islands.  At Espiritu Santo, New Hebrides, she became the flagship of TF 67.  After escorting troopsships to Guadalcanal, Nashville, Helena, and St. Louis inflicted heavy damage on the Japanese Air Base at Munda on the night of January 4, 1943.  IT WAS ABOUT THIS TIME MY GREAT UNCLE JOHN JOINED THE CREW OF THE NASHVILLE.  Subsequent attacks were made on Kolombangara and New Georgia in the next several months.  While shelling Via aifield on Kolombangara on the night of 12 May, she suffered a powder charge explosion in one of her forrward turrets, killing 18 and injuring 17.

For the next seven months, she shelled targets on New Guinea and the Admiralty Islands.  She provided fire support for the landings on Bougainville Island and Cape Gloucester, New Britain.  After bombarding Wake Island, 21 April 1944 - 22 April 1944, the Nashville provided fire support and carried General of the Army Douglas MacArthur to the amphibious operations at Hollandia (currently known as Jayapura), Tanahmerah Bay, and Aitape, on 22 April - 23 April.  On 27 May the light cruiser was a member of the assault force shelling Biak, Schouten Island, where on 4 June, she sustained moderate damage from a near miss while repelling a Japanese air attack.

After repairs at Espiritu Santo, New Hebrides, the Nashville twice more carried General MacArthur and his staff to the invasion of Morotai, Dutch East Indies along with carrying the General of his return to the Philippines.  On 20 October, the CL-43 steamed through Leyte Gulf, sporting 5 silver stars.  This was a proud and historic moment.  Tidal waves of landing craft, tanks and the sixth army landed swiftly on Leyte Island.  General MacArthur whisked ashore sporting a Philippines flag that was put together by the crew of the Nashville.  With the builk of the Japanese Navy quickly heading towards Leyte, the sixth army dug in to await the outcome of the greatest naval battle of all time.

The reason for seizing Mindoro had been to provide air coverage over the last half of the eight  hundred mile route between leyte and Lingayen Gulfs and, above all, to make it possible to protect the Lingayen area during the assault phase.  Fortunately for all, the soil and rainfall were such that airfield construction did not suffer the delays experienced by the engineers at Leyte.  However, because the island faces onto the South China Sea, American bases and airfields were exposed to surface and air raids by the enemy, as were the convoys sent to resupply the bases.

Immediately following MacArthurs landing on Leyte, the CL-43 left to join her position in the great battle.  She was sent to Surgiao Strait. The Japanese Navy was completely put out of business at the mouth of the entrance to Leyte.

The Nashville continued to provide fire support for the landings and she remained on station until 25 October, guarding the troops on the beachhead and the nearby transports.  Returning to Manus Island for brief repairs, the Nashville left the Admiralties on 28 November as the flagship for the Commander, Visayan Attack Force, enroute to the invasion of Mindoro.  On 13 December she was struck by a kamikaze off Negros island.  The aircraft crashed into her port 5 inch gun mount, with both boms exploding about 10 feet off her deck.  Gasoline fires and exploding ammunition  made her midships area an inferno.  Her remaining 5 inch guns continued to provide antiaircraft fire.  133 SAILORS WERE KILLED AND 190 WOUNDED INCLUDING MY GREAT UNCLE JOHN.  The Attack Group Commander shifted his flag, and the damage cruiser sailed for San Pedro Bay, Pearl Harbor, and Pugnet Sound Naval Shipyard in Washington State U.S.A. for permanent repairs.﻿ 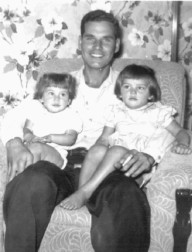 John was a fantastic dancer, had a great vocal range, loved to travel, engaged others in conversation, an avid reader, and crossword puzzle worker.  John was a great patriot and he had a sense of duty, respect for the flag, a keen interest in politics and a great work ethic.  Tom Brokow has coined the likes of John and his WWII generation as the Greatest Generation.  That is most appropriate.  They sacrificed all, were tough, and exemplified the CAN-DO attitude that America seems to need.  They put it all on the line and came shining through and had the privilege of rebuilding the United States after the depression and WWII.  So many of the Greatest Generation's Voices are silenced now. We hope, for the future of our great country, we boomers and the generations that follow have respected, listened, and learned from those who have lived with such integrity, sacrifice, pride, and love of country.  We all need to become better stewards of the America they built and left to us.

written by daughters, Yvonne and Jackie after the death of their father, John W. Bucholz. (September 2008)﻿ 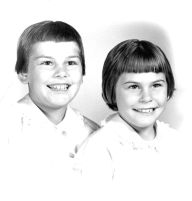 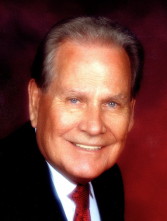 John had a modest upbringing, being a child during the depression.  John served in the United States Navy during WWII where he was assigned to a light cruiser the U.S.S. Nashville.  Part of the Nashville's responsibility was transporting General MacArthur up and down the Pacific to different operations of the war.  On October 20, 1944, General MacArthur Speech "I Have Returned" to the Philipines was broadcasted from the U.S.S. Nashville.  When the Nashville was hit on Dec 13, 1944, it went to the Puget Sound Navy Yard in Bremerton, Washington near Seattle, for repairs and was no longer able to receive General MacArthur.  John was involved in many battles of operations during WWII.  They were:  the Marcus Island and Wake Island Raids, Bismarck Archipelago Operation, Eastern New Guinea Operation, Hollandia Operations, Western New Guinea Operations, Leyte Operation and the Luzon Operation, in which, he was wounded (hit by Kamikaze, Japanese Dive Bomber,a single engine plane, "A Zeke") and received the Purple Heart.  He served his country from February 1943 until February 1946.  John started working for the Dow Corning Company in 1952.  He retired in 1985 after 33 years at the Dow Corning Company in Midland, Michigan.   After John retired, he and his wife Irene, vacationed abroad in England for six weeks.  They also spent eight winters in Las Vegas, Nevada.  John loved to play baseball and enjoyed watching all sports.  He belonged to the Military Order of the Purple Heart, Veterans of Foreign Wars (VFW), and The American Legion.  John built his own home lived in it for over 50 years.  John was a hard working, dependable man at whatever he did, and he worked to perfection.

information given by John W. Bucholz.﻿﻿ 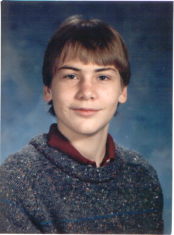