Mary and Earl had the following child:

Mary and Earl were divorced on 20 October 1928 Clinton County, Michigan. 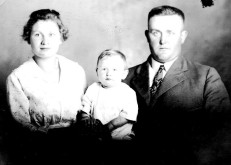 The photo is of Mary, Jay and Earl Lewis. 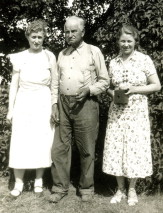 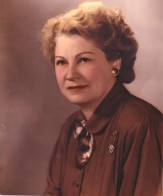 The photo is of Mary Bucholz Lewis/Miller

The baby is of Jay Lewis as a baby.

Jay was a S. Sgt in thte U.S. Army during WWII.  He enlisted in the U.S. Army on 13 July 1944 at Fort Sheridan, Illinois and was discharged on 20 April 1946.  His draftcard registration of October 16, 1940 of Detroit, Wayne County, Michigan, states that he worked for the National Machine Products Compay in Belleview, Detroit, Wayne County, Michigan 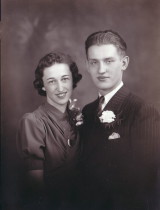 The photo is of Jay and Dorothy Lewis

Jay and Dorothy had the following children:

The photo is of Grandmother Mary with her two grandsons, Lynn and Gary Lewis.