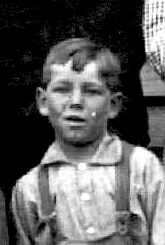 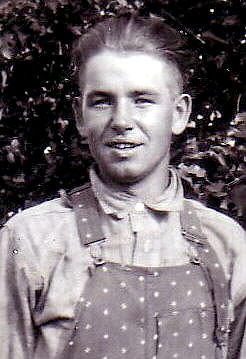 Roy was excellent at playing the drums and banjo.  Roy and his wife Rosie (who played the piano) used to play in a band with Dean McLeod and others.  When the band was playing, Roy and Rosie's daughter, Little Evie, would play along on the piano by chording to the music.  Roy,  also enjoyed hunting, fishing, and trapping with coon hounds.  He worked at Eaton Manufacturing in Saginaw, Michigan. 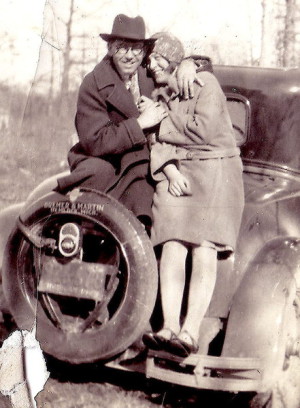 The photo is of Roy and Rosie Bucholz

Roy and Rosie had the following children: 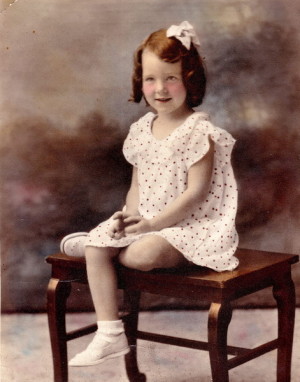 The photo is of Little Evie Bucholz

Evie was a long time member of the Greater Lansing Board of Realtors, and had been awarded honorary member of the Women's Council of Realtors.  Along with her own business, Isham Realty, had been involved with real estate for over 25 years.  She was a member of St. Thomas Aquinas Catholic Church of Lansing, Michigan.﻿

Evie married Fred Flositz and they had the following children: 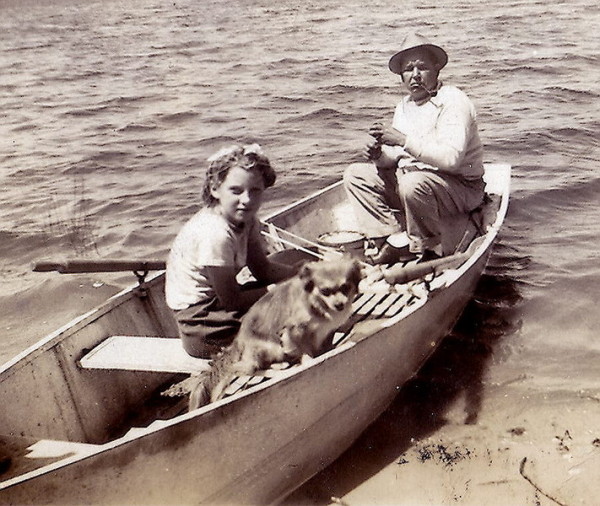 The photo is of Roy fishing with his daughter, Little Evie. 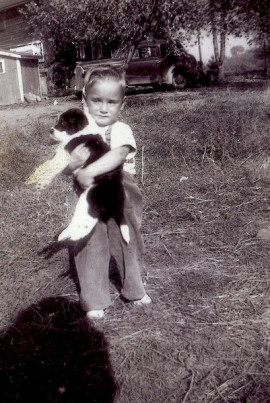