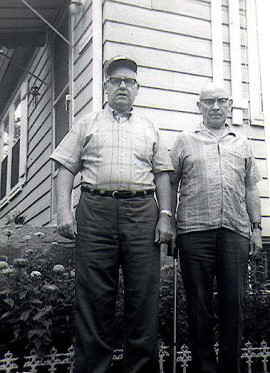 The photo is of brothers, Charley (right) and Henry (left) Henderson

Charles Married Virginia Corbin and they had the following children: