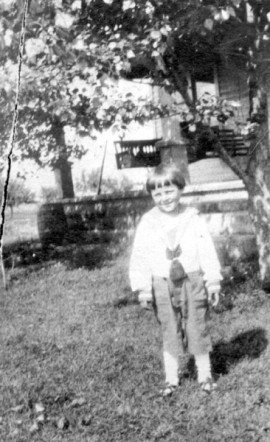 The photo is of Bob Rigg as a child.

Bob and Anna Belle had the following children:

The photo is of Bob Rigg while he was in the service during WWII.

Bob (or) Lyle as he was known by many, grew up on a farm on S. Fenmore Rd., the youngest child of Lafe and Hattie Rigg.

As a young man, he served his country, spending four (4) years in the Navy during WWII.

He married Anna Belle Strong.  Their first home was a little house (24' x 24') that he built next to his in-laws.  Here they started their family:  First came daughter Pat, then a second daughter Nancy, followed by three sons, Lyle, Mike and Bruce.  Seven people was a squeeze in that little house, so they built a larger house and moved the family to 2205 Fenmore Rd., Merrill, Michigan.  Here they had two more sons, Paul Kevin who lived only three days, and finally Brian.

Bob worked for the Schod Oil Company before making a career at Dow Corning in Midland, Michigan.  He retired from Dow after 30+ years, and enjoyed a long and happy retirement.  He also enjoyed hobby farming and gardening.

He was most happy among people and was very active in both the Merrill Congregational Christian Church and the Masonic Lodge.

Bob was a good provider.  He did have a tendancy to buy on impulse:  When he wanted someting, "right now" was as good a time as any to get it.  Most important of all he was loved very much by his family. 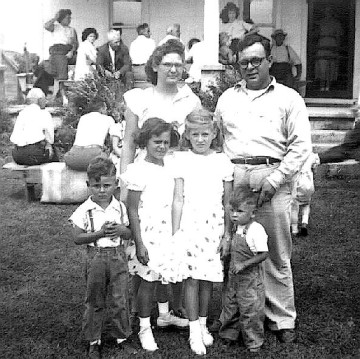 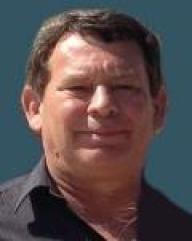 7.  Brian A. Rigg was born 15 May 1960 in Saginaw, Saginaw County, Michigan.  He died on 31 January 2017 at the age of 56 years old.   Brian was employed as a journeyman electrician at Michigan Cogeneration Venture.