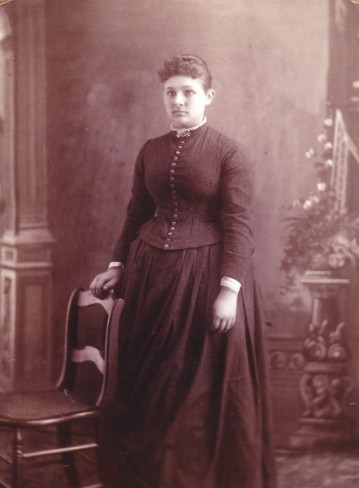 Anna and Lewis had the following child: 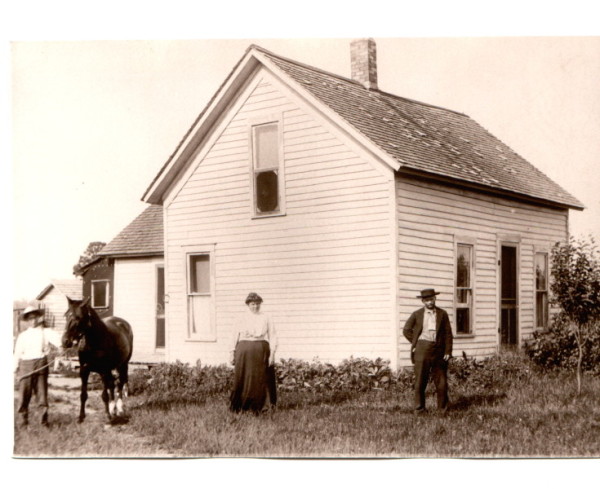 The is a photo of Anna and Lewis Ackley with Leslie Ackley by his horse in front of their Rathbone, Lafayette Township, Gratiot County, Michigan home.

Lewis was a carpenter by trade, he was also a shoe cobbler,  barber, and a saw sharpener   ﻿

Obituary:   Mrs. Lewis Ackley Had Lived Most of Life In Rathbone-Died Thursday--Anna Riggs Ackley was born in Ingham County on February 7, 1872, and moved with her parents to Gratiot County, Emerson Township, when a small girl and endured with them the privations of pioneer life.  On June 15, 1890, she was united in marriage to Lewis S. Ackley and settled at Rathbone, Michigan, Lafayette Township, and remained there until six years ago, when they purchased their present home at North Wheeler where she departed this life.  To this union one son, Leslie Ackley of Bancroft, was born.  She died at the University Hospital, Ann Arbor, Michigan on January 20, 1937 at the age of 64 years 11 months and 13. She was one of the first members of the Rathbone Church and remained true to her faith until the end and was always a familiar character in all church activities as long as her health permitted.﻿

--L. ACKLEY, FATHER OF NEWBURG MAN TAKEN BY DEATH--
BANCROFT, January 27 - Funeral services were to be held at 2 o'clock this afternoon from the Chifain Funeral Home at Breckenridge for Lewis Ackley, 73, father of Leslie Ackley of Newburg, near here, who died at 9 o'clock Wednesday evening in the Durand Hospital.
Death was due to Sugar Diabetes.  The body was removed to his former home for the funeral services.  Since the death of his wife three years ago, Mr. Ackley had resided with his son, an only child. Four grandchildren also survive.﻿ 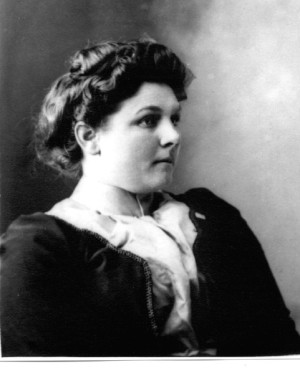 The photo is of Anna Rigg Ackley

The photo is of Anna Rigg Ackley. 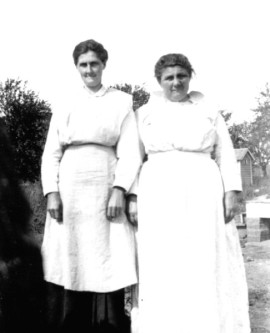 The photo is of Anna Rigg Ackley (right) with her sister-in-law, Alice Rigg (Herbert Rigg's wife)

The photo is of Anna Ackley with sister-in-law, Alice Rigg. 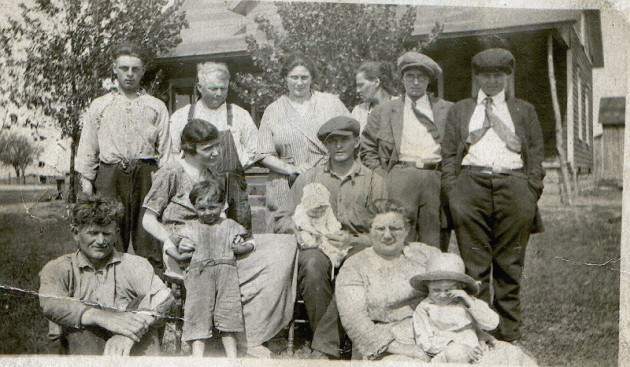 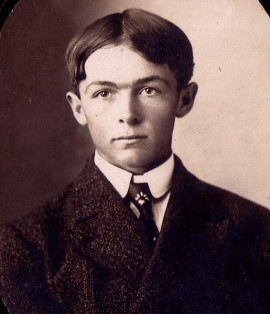 The photo is of Leslie Conrade Ackley.  Lewis and Anna Rigg Acklely's only son.    Leslie was named after his grandfather Leslie Rigg.