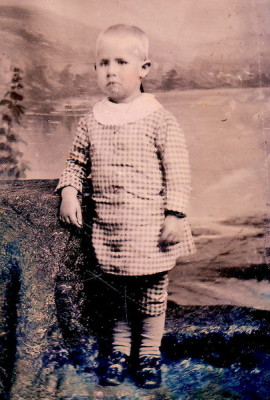 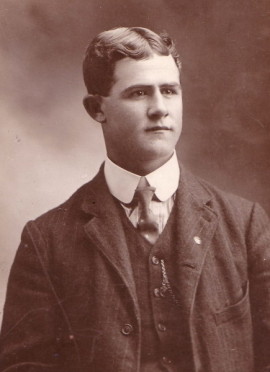 The photo is of Jake Rigg/Riggs

The photo is of Jake Rigg/Riggs 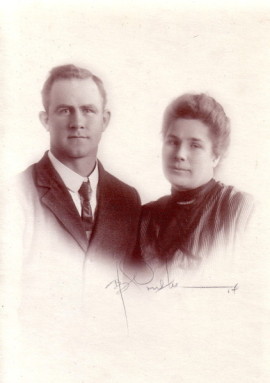 The photo is of Jake and Emma Riggs

Jake and Emma were married by A.F. White and Clergyman from Mason, Michigan.  Their witnesses were Mrs. A.F. White and Mrs. E.H. Williams.  At the time of Jake and Emma's marriage and according to their marriage license, Jake's occupation was railroading.

Newspaper Article:  FUNERAL SERVICES HELD FOR MRS. JACOB RIGGS - PASSED AWAY AT STATE HOSPITAL LAST THURSDAY --  Mrs. Jacob Riggs passed away at the Michigan State Hospital in Kalamazoo last Thursday, April 4th, after being in that institution but two weeks.  The body was brought to the home of Herbert Riggs in this city, where funeral services were held Sunday, with burial in Maple Grove cemetery.  She is survived by the husband, an aged father and mother, one brother and one sister.  Emma Steffanson, youngest daughter of Swanson and Marie Steffanson, was born at Ludington, Michigan, September 22, 1884, and died at the Kalamazoo hospital April 4, 1918, at the age of 34 years, 6 months and 13 days.  She was united in marriage December 11, 1903, to Jacob Riggs of Mason, Michigan.  Her physical condition had not been right since girlhood and a nervous breakdown began in 1913, since which time, she has consulted the best physicians of the state but received no permanent benefit.  She was about her work until a couple of weeks ago when the nerves gave way and it was decided best to place her in the institution at Kalamazoo, where she died.  She was a good wife and neighbor and will be missed most by those who knew her best.   CARDS OF THANKS --  We wish to extend our thanks to the many friends and neighbors for the beautiful flowers and assistance rendered during the illness and death of our loved one, to the singers and Elder Riery for his comforting words.  Jacob Riggs, Abbie Riggs, Mr. and Mrs. Swan Steffanson and family.﻿ 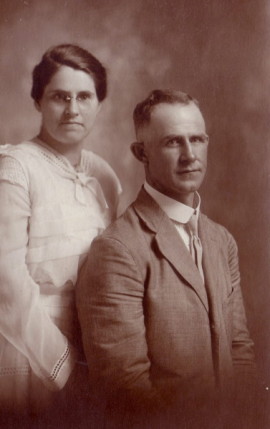 Jake and Kitty had a daughter, Pauline Riggs, she was born 21 October 1920. 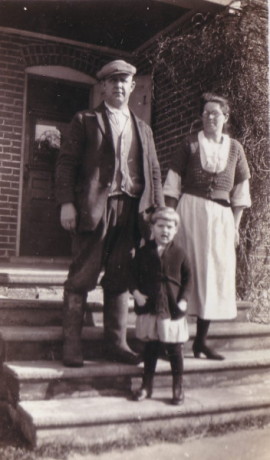 The photo is of Jake, Kitty and Pauline Riggs.  Photo taken in the 1920's. 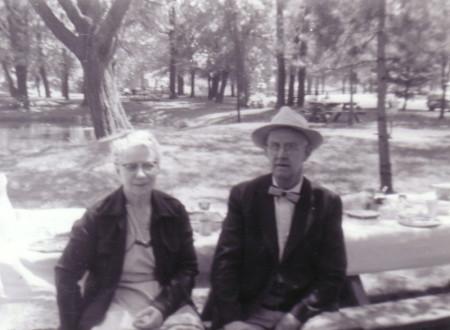 The photo is of Jake Riggs at a Rigg Reunion in Saginaw, Michigan,. He is with one of his nieces, George Rigg's daughter.