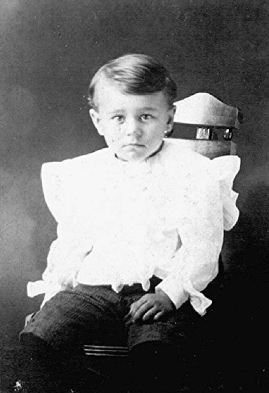 The photo is Byron Rigg as a child. 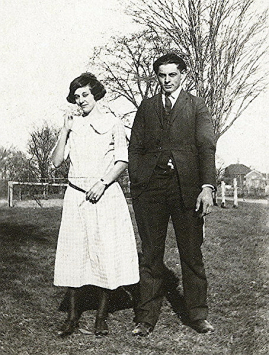 The photo is Byron and Florence Hammond Rigg

Byron and Florence had the following children: 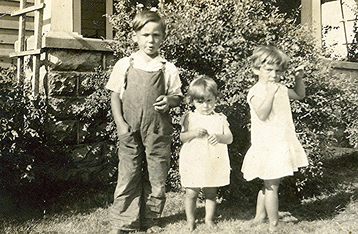 The photo is of Byron and Florence's three older children:  left to right - Don, Alice and Marion Rigg.  Photo taken in 1930. 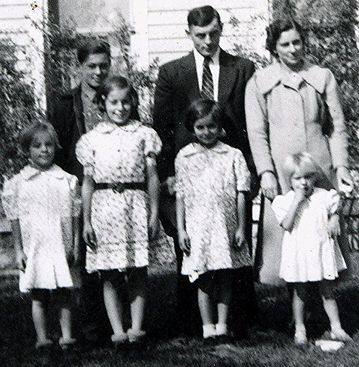 Byron Rigg was a farmer of 80 acres in Lakefield Township on Swan Creek Road, Merrill, Saginaw County, Michigan, and owned other properties that he built homes on and sold.  He also helped friends and family members build their homes.  For many years he owned a deer hunting cottage in Meredith, Michigan and winter homes in Florida.  He had also been an employee of Dow Corning Corporation in Midland, Michigan.  Byron grew many fruits and vegetables besides the normal farmfare and was a very self-reliant man.  He was nicknamed Tuffy by his grandchildren, whom he enjoyed very much.  Byron was a lifelong resident of Lakefield Township, Saginaw County, Michigan.  He was a member of the Congregational Christian Church in Merrill, Michigan.  Byron was also a member of the Merrill Lodge No. 411 F&AM, the Order of the White Shrine of Jerusalem and a past patron of the Merrill Chapter No. 295 of the Order of the Eastern Star.﻿ 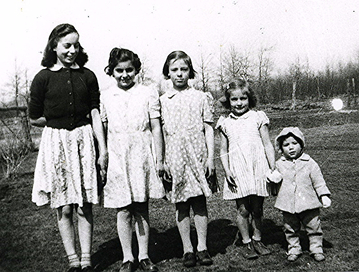 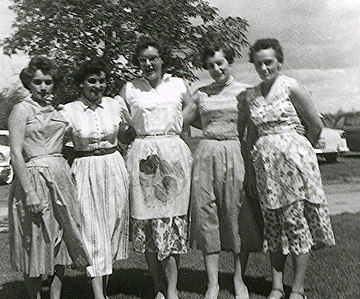 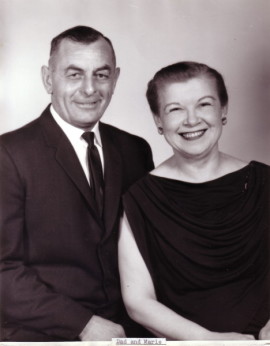 The photo is of Byron and Marie Gorman Rigg 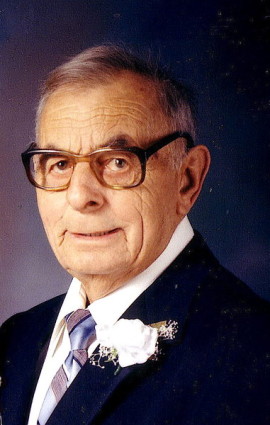 The photo is of Byron Sidney Rigg.