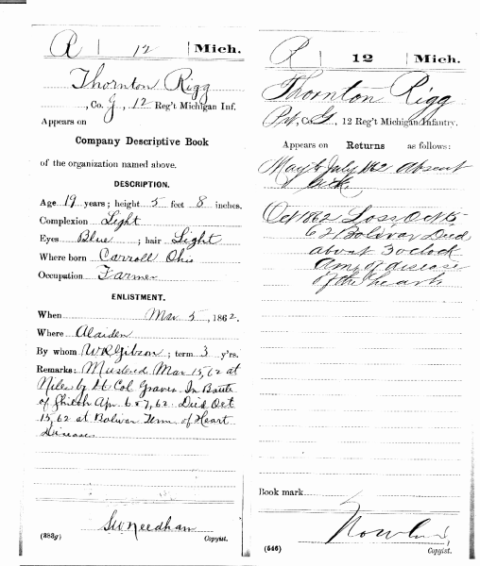 Thornton Rigg was born 1 August 1842 in Perry Township, Carroll County, Ohio.  He died 15 October 1862 in Bolivar, Tennessee and was buried in the National Cemetery at Corinth, Mississippi.

Thornton Rigg was the third of three brothers to die within five months of each other in the Civil War.  Their father, Robert Rigg, would also die within a year. Thornton was named after his uncle Thornton F. Rigg.

information from the Military National Archives, State of Michigan Library Archives, History of Robert Rigg and Family from 1800, and researched by Jacqueline Rohde