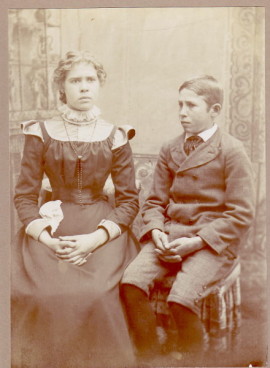 The photo is of Lenna Parker with her brother, Owen Parker.

PLEASE VIEW THE PARKER SLIDESHOW BELOW BY PLACING THE CURSOR ON THE BOTTOM OF THE PICTURE, THEN CLICK ARROW ON THE RIGHT. 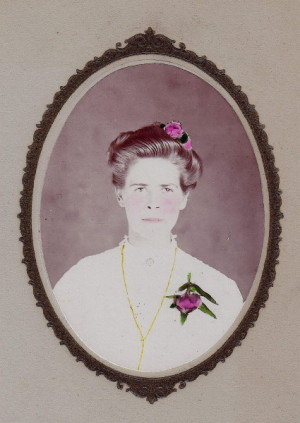 On Black Monday in October 1929 "The Depression" started and lasted throughout the 1930's.  It was hard times for all.

In 1930 Lenna married William Henry Pratt and together they raised Lenna's oldest grandchild, Owen Garrell Gokee, as her daughter was divorced and unable to raise two small children on her own.  Lenna and Bill joined the IOOF (International Order of Odd Fellows and Rebekah's Auxiliary, a Woman's Lodge and belonged until their deaths.  At one time four generations of women belong to the lodge, Effa Jane Parker, Lenna Pratt, Irene (Gokee) Gall and Effa Jane Gokee.

In the mid 1930's Lenna's parents David Henry and Effa Jane Parker, came to live with them because of their ill health, and they both lived with her until their deaths.  Lenna's father, David passed away in 1939 and Lenna's mother, Effa Jane passed away in 1946.

Newspaper Article:  MRS. LENNA PRATT TAKEN BY DEATH - Mrs. Lenna Clematis Pratt, 73, died Wednesday evening at the home of her daughter, Mrs. Tony Gall, New Haven Township.  She had been ill since early July and since suffered many strokes.  Mrs. Pratt was born in Gratiot County, October 15, 1882, the daughter of Mr. and Mrs. David H. Parker.  She was married to William H. Pratt in Ohio in 1932. Mr. Pratt died in December 1949.  Nearly 45 years ago, Mrs. Pratt came to Owosso to live and through her church affiliations made many friends. She was a member of the Star of Hope Rebekah; the WRC; Auxiliary of the Canton Number 9.  For many years the Pratts resided at 133 Keifer St., Owosso, Michigan.﻿ 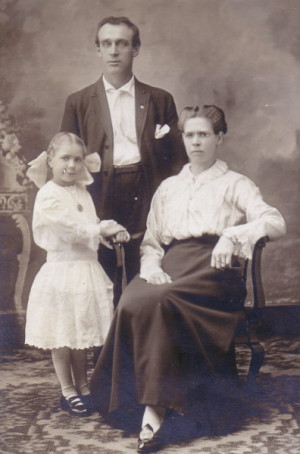 The photo is of Michael (Scottie) Parks with his wife, Lenna and her daughter, Irene Symonds.

Lenna was married (2) Adam Symonds, son of Newman A. Symonds and Abbie Allen, on 2 April 1908 in St. Louis, Gratiot County, Michigan by Newell Smith, Justice of the Peace witnessed by P.M. and Julia Symonds.  Adam was born 4 June 1885 and died June 1958.

Lenna and Adam had the following daughter. 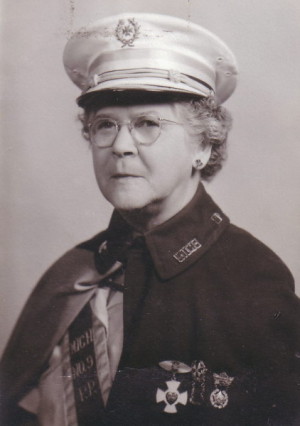 This is a photo of Lenna Parker Pratt.  She was a member of the Star of Hope Rebekah; the WRC Auxiliary of the Canton Number 9. 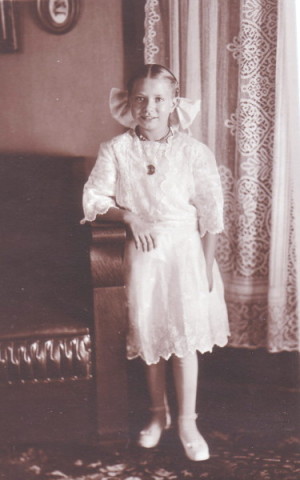 Irene and Garrell Gokee had the following children:

Irene and Anthony Gall had the following children:

PLEASE VIEW THE SIDESHOW BELOW BY PLACING THE CURSOR ON THE BOTTOM OF THE PICTURE, THEN CLICK ARROW ON THE RIGHT. 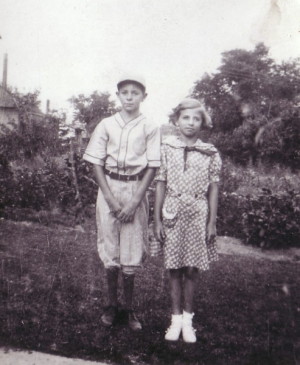 The photo is of Irene's children, Owen and Effa Jane Gokee. Photo taken in the late 1930's.

When Irene was a young girl, she learned how to play the piano, she loved music and dancing, especially Charleston.  She was married young to Garrell Gokee, and had two children, Owen Garrell Gokee and Effa Jane Gokee by the time she was 18 years old.

In the late 1920's she enjoyed working in the candy factory in Owosso, Michigan with her mother.  Irene loved crocheting, tatting, sewing and embroidering and was excellent at all the work she turned out.

In the late 1940's and early 1950's she studied to become an L.P.N. and became one, working at Memorial Hospital in Owosso, Michigan.  When her mother had a stroke in 1954, she took her mother into her own home and cared for her until her death in October 26, 1955 at the age of 72 years old.  Irene, also, took care of her mother-in-law Barbara Gall who had a stroke also, and cared for her until her death.  Irene lived in Owosso, Michigan and Durand, Michigan area most of her life.  A large amount of her former patients came to her funeral in 1969; she was just 60 years old.

The Lenna Parker family information and photo's given by Effa Jane (Gokee) Amidon.