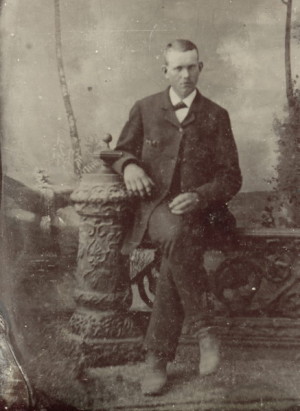 The tintype photo is of Robert Syrus Riggs 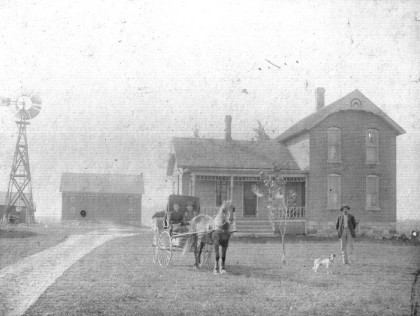 This is a photo of Rob and Ida Riggs sitting in their buggy with their son, George Riggs standing by  his dog.  Their home is located on Holt Road in Alaiedon Township, Mason, Michigan.  Rob and Ida lived on this farm for their entire married life. 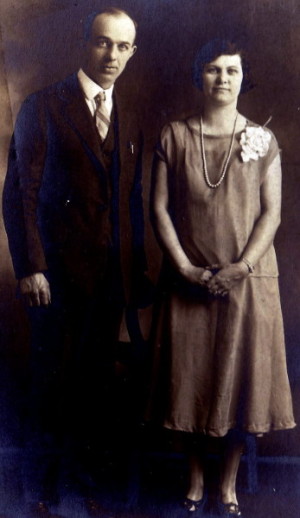 The photo is of Robert "Rob" and Ida Riggs. 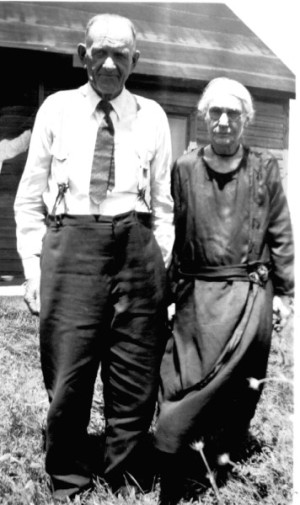 The photo is of Rob and Ida Darrow Riggs later on in life.  They celebrated their 50th Wedding Anniversary in 1939. 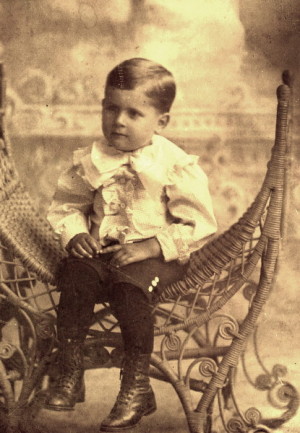 This is a photo of George W. Riggs when he was a little boy, the son of Rob and Ida Riggs. 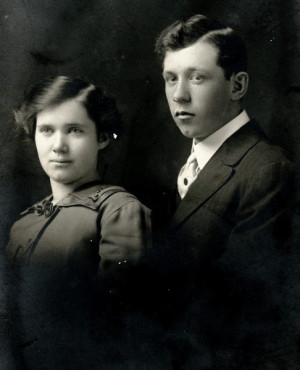 GEORGE W. RIGGS, only son of Robert and Ida Riggs, was born January 22, 1896.  He spent his entire life on the farm in Alaiedon township, where he was born and raised and attended school at the German school.  At the age of 16 he accepted Jesus Christ as his Savior and faithfully followed his teachings.  March 17, 1914, he was united in marriage to Cora L. Eifert.  To this union were born 4 children, Margaret A., Lyle H., Helen E., and Robert E., who with the widow and parents survive.  At the age of 21 he was inititated into the Mason Lodge and one year later in the Ingham Chapter No. 51, R. A. M., which he attended regularly when health permitted.  George was of a quiet, lovable disposition, industrious worker, a kind husband and father and will be missed most by those who loved him best.  He passed away after a short illness, February 12, 1934, at the age of 38 years and 21 days, leaving a host of relatives and friends to mourn.  Rev. Eddy of Blissfield and Rev. Dixon of Dansville, officiated.﻿ 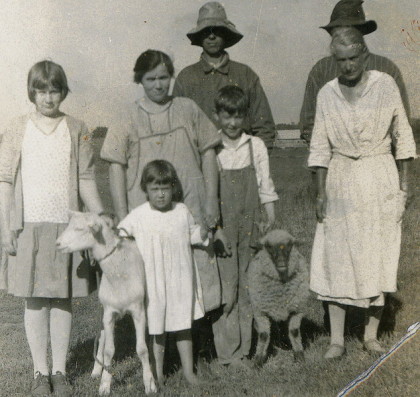 George and Cora had the following children:

Robert Syrus Riggs' information and photo's by Janet Dieter, History of Robert Rigg and Family from 1800 and researched by Jackie Rohde.