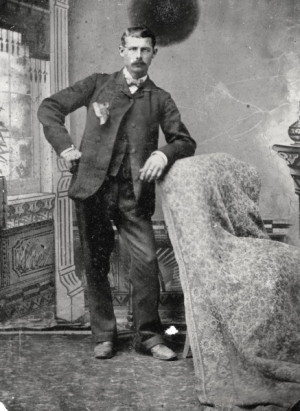 The photo is a tintype of George Washington Rigg 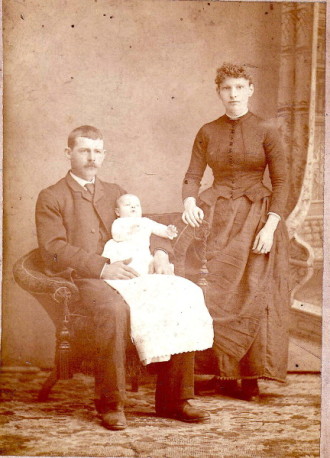 The photo is of George and Mary with their oldest daughter, Sarah. The photo was taken in 1889.

George and Mary had the following children: 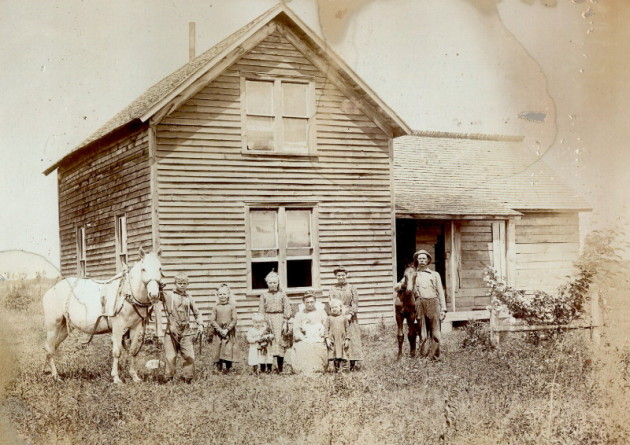 The George Rigg Family photo was taken in front of their home which was located on the corners of Fenmore and Roosevelt Roads in Lakefield Township, Merrill, Saginaw County, Michigan.

George Washington Rigg was named after his father's (Leslie)  brother, George Washington Rigg who died in the Civil War.   George moved from Gratiot County to Merrill, Michigan in 1893.  He purchased 40 acres of land on the corner of Roosevelt Road and Fenmore Road in Lakefield Township, Saginaw County, Michigan.  He and his family lived there for 48 years.

George's farm had a big barn and, besides regular farm crops, he had a strawberry patch, garden, apple trees, and chickens.  He also hired out as a sheep shearer and had his own special tools and knives (which he kept very sharp) for shearing sheep. George served for several years on the Election Board of Lakefield Township, Saginaw County, Michigan.

George Washington Rigg was known as a wonderful, kind person who would tease everyone and do some "rough housin" with the grandchildren.  He enjoyed camping and fishing and also chewed tobacco.
﻿ 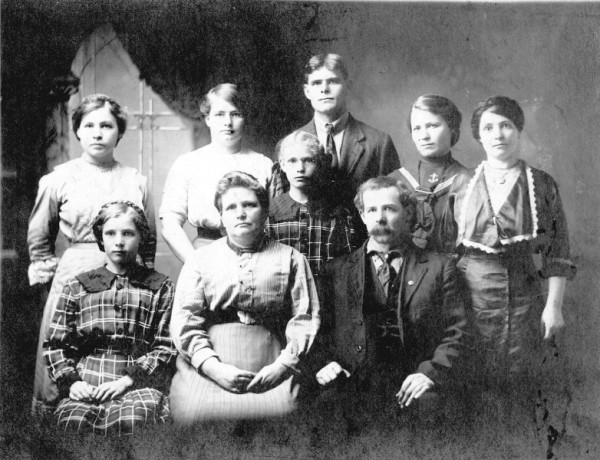 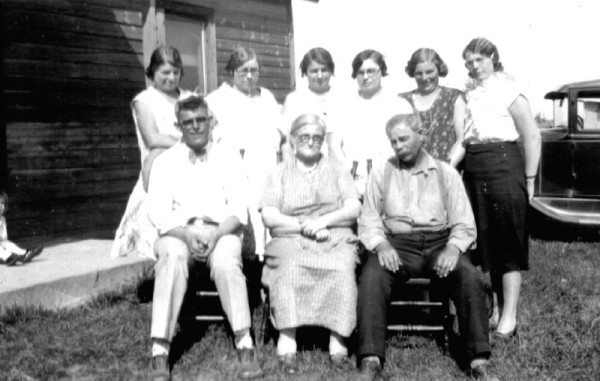 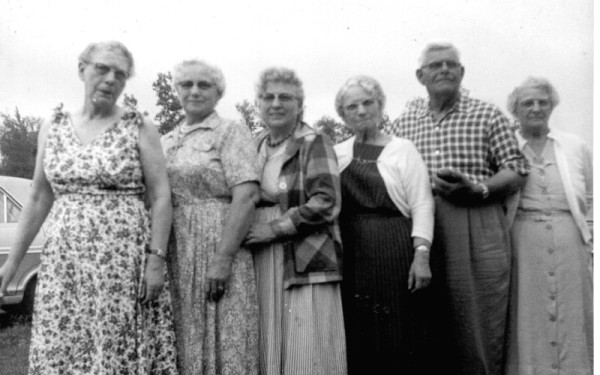 The photo is of left to right:  Inez, Mabel, Clara, Lydia, Ray, and Sadie.   The order is the youngest to the oldest.

PLEASE VIEW THE GEORGE RIGG SLIDESHOW BELOW BY PLACING THE CURSOR ON THE BOTTOM OF THE PICTURE, THEN CLICK ARROW ON THE RIGHT.