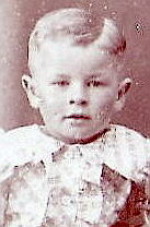 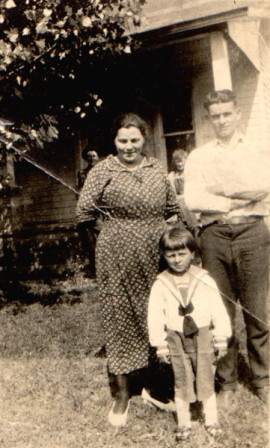 The  photo is of Glen "Jim" Rigg (standing on right) with his mother, Hattie (McPherson) Rigg (standing on left) and his little brother, Bob Rigg (in sailor outfit).  Lafayette Rigg in background sitting on the porch (between Hattie and Glen). 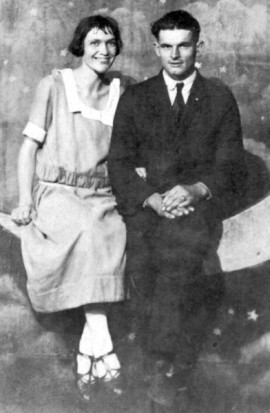 Jim and Persus had the following children: 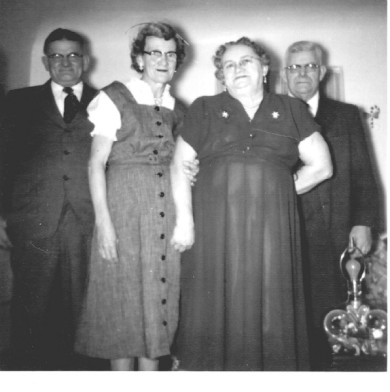 Jim and Persus lived in Chesaning, Saginaw, and Merrill, Michigan.  While living in Saginaw their next door neighbors were Ray and Millie Rigg and their family.  They were cousins and lifelong family friends.﻿ 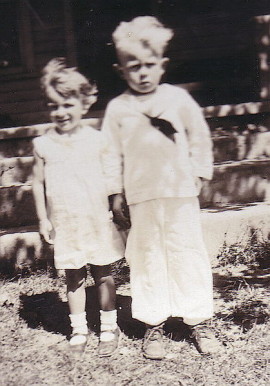 This is a photo of Jim and Persus's two older children, Ralph and Evelyn Rigg. 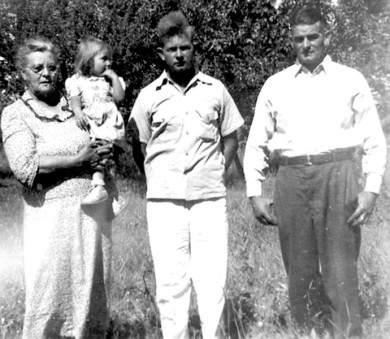 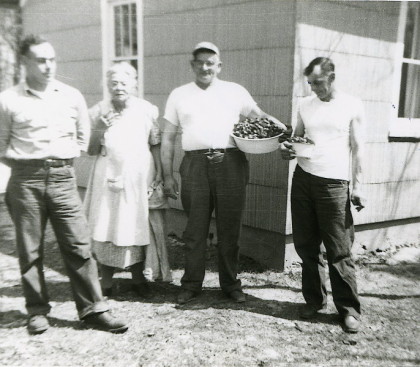