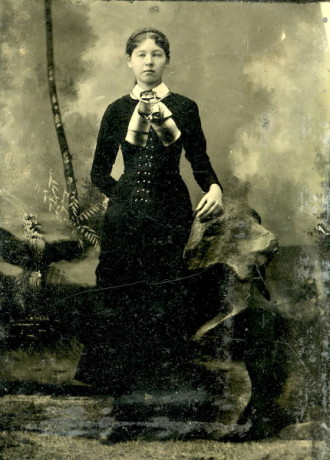 The tintype photo is of Effa Jane Rigg. 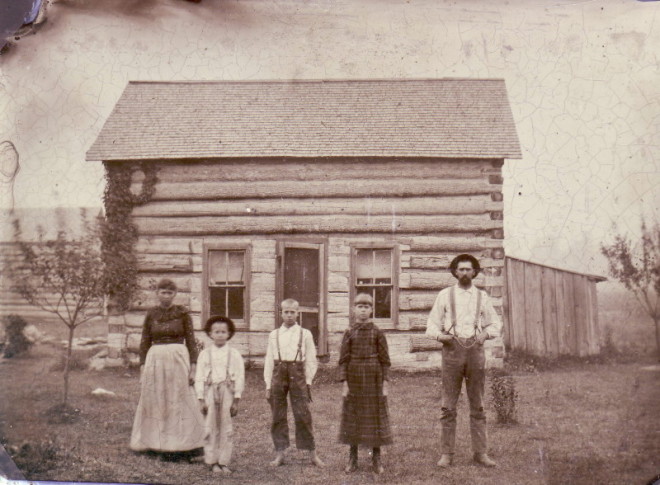 The photo is of their log cabin home in Rathbone, Lafayette Township, Gratiot County, Michigan. 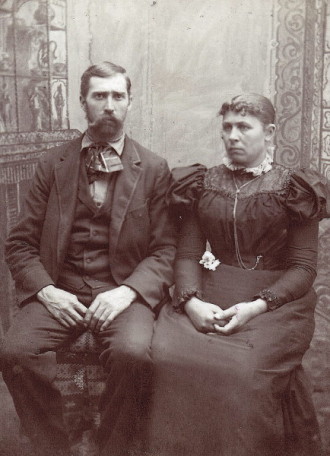 Effa Jane (Rigg) Parker was a wife and a homemaker.  Effa and her husband, David Parker, were farmers in Rathbone, Lafayette Township, near Breckenridge, Michigan.  Effa loved to crochett, tat and embroider, all of her dollies, sheets, pillowcases and linens were made by all three of these needlework procedures. Effa and David raised their grandson, Leslie Delois Parker after their son, Owen Parker, died of heart failure at the age of 28 years old.  In Effa and David's later years, they moved to their daughters home, Lenna (Parker) Pratt, when their health declined.  They spent a few happy years with their daughter and son-in-law.  Effa J. Rigg - Parker died January 6, 1946, she was 82 yrs., 8 months and 26 days old. 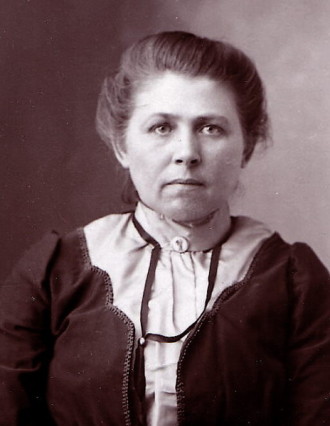 Effa Jane and David Parker had the following children: 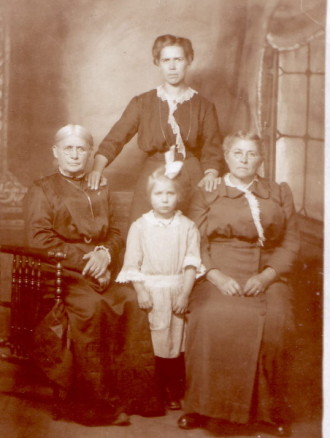 The Effa Jane Rigg Parker information and photo's from Effa Jane Gokee Amidon, the History of Robert Rigg and Family from 1800 and researched by Jackie Rohde. 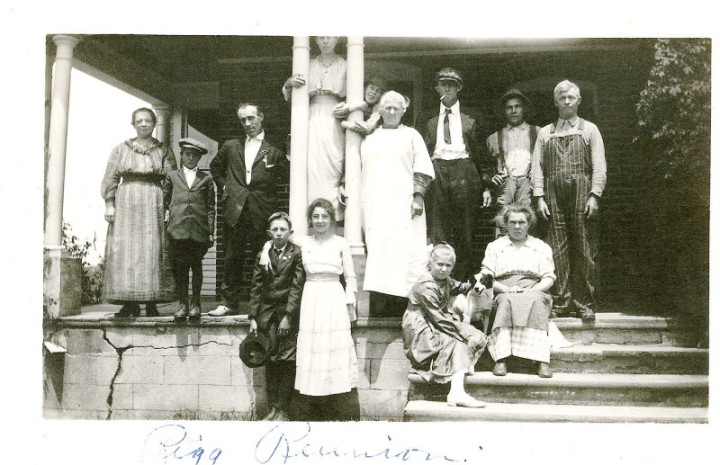 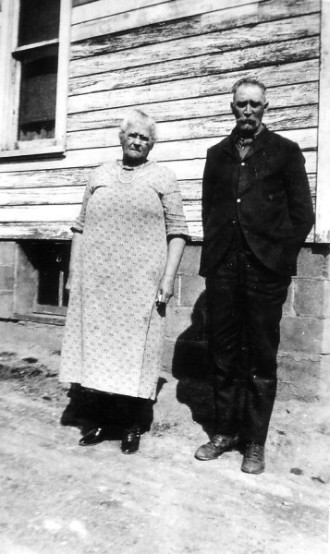 The photo is Effa Jane Rigg and David Parker later on in life.